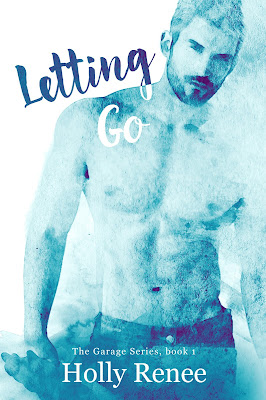 When Kat was forced to leave the only home she had ever known due to her brother's secrets, she wasn't prepared for what was waiting for her in Tennessee or the choices it would force her to make.

Kat instantly knew she didn't like Blake Reagan. He was cocky, stubborn, and infuriating. What Kat didn't understand was why she couldn't stop thinking about him or the way he made her feel.

The last thing Blake expected was for Kat Archer to storm into his world and turn it upside down. He thought he had her pegged from the beginning, but she destroyed everything he thought he knew. Blake was willing to fight to push his way into Kat's heart, but she put up a wall at every turn as she clung to her past.

If she stayed, she'd risk the only family she had left. If she left, she'd lose Blake and every piece of her heart that he'd managed to steal. 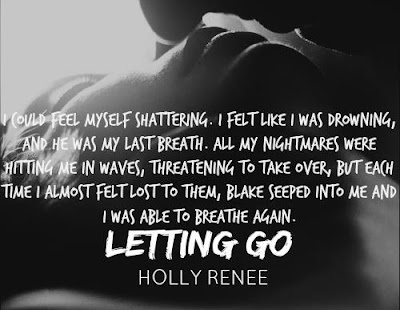 Letting go is the story of Kat Archer. Kat and her brother have always been everything to one another since they were all they each had.  When her brother finds himself in trouble, he insists that Kat isn't safe and that she must leave home. With no choice but to leave, Kat embarks on a journey that changes her life.

Going to work at Gary garage, Kat fits right in. She's feisty and sweet, loyal and smart. The confidence she carries is amazing and she is one of the most unique characters I've had the pleasure of being introduced to. With her knowledge of cars and the way she doesn't take anyone's BS, Kat is able to be easily accepted among the group.

What she didn't plan on was Blake, another guy working at the garage. Although Blake comes off as a player and overly cocky, there is something about him beneath those layers and readers come to see that about him. Kat tries not to fall too hard for Blake because she doesn't want to end up heartbroken when she leaves Tennessee but she can't help herself.

As her brother's trouble catches up to her, Kat realizes that she has formed a new family and bonds and that she is loved by the group who has welcomed her in and accepted her.

Letting Go is absolutely amazing and I really enjoyed the plot and characters. My favorite character was Kat, who is such a strong and likable one. I loved her uniqueness and how she stood out. She has such a big heart and to watch her open it up to the garage guys was awesome.

Holly Renee had me at the edge of my seat a lot of the time, especially towards the end. I was completely lost in this book and Renee's writing. I loved her way with words and how effortlessly they flowed among the pages. 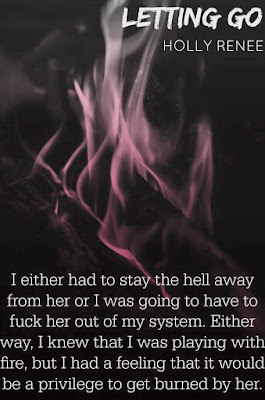 Bookaholic, firm believer in grand gestures, and obsessed with happily ever afters.

Holly Renee is from the small town of Maryville, TN where she was born and raised. She currently lives with her husband and fur baby, Luna. (Yes. She was named after Luna Lovegood from Harry Potter.)

Holly Renee is the author of her debut novel Letting Go.

During the day, Holly spends her time as a nurse, but once her shift ends, she falls deep into her passion of reading and writing. 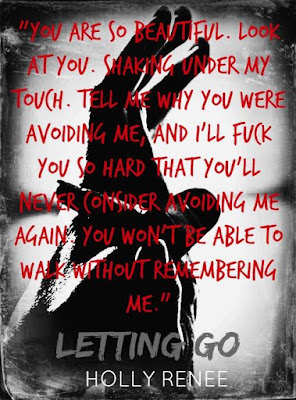