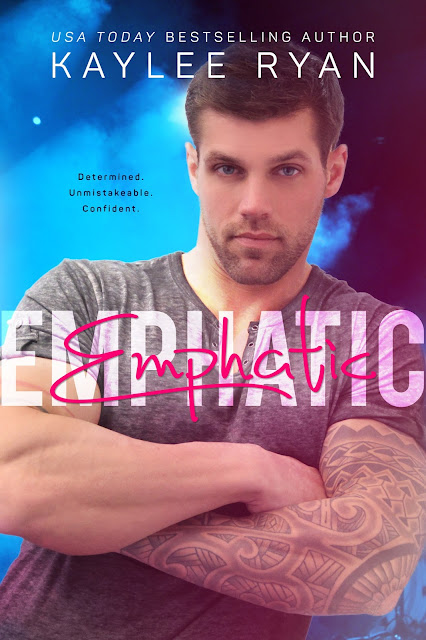 There comes a point in your life where you have to say enough is enough.

The day I gave up on the idea of happily ever after, my focus became me. Moving forward and establishing my career.

I didn’t expect him. My new boss, a six foot two, inked rock god. I believed I was working for the record label, I was wrong.

It’s impossible for me to keep my distance, believe me I’ve tried. He’s not who I expected him to be. He’s so much more he’s…Emphatic 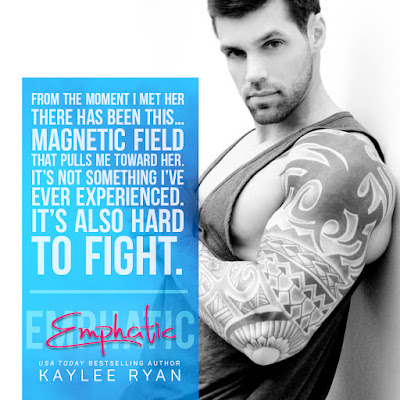 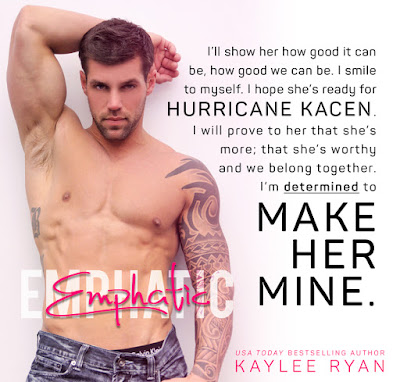 When Logan's cheating boyfriend tries to break things off again, Logan puts her foot down and tells him to hit the road. Taking off to paradise, Logan and her best friend enjoy what Hawaii has to offer...Especially when it's offering Logan a 6 foot tattooed man with charm and handsome good looks. Never believing they will see each other again, they give each other one last memory of Hawaii.

Then the unexpected happens...

As Logan and Kacen work together they must decided if they can just be professional or if it's more. Logan, who has been hurt before, must decide if a relationship with her boss is worth the risk and heartache.

Emphatic is a great rock star romance but not your typical one. Emphatic is more of a sweet romance and the guys in this band are laid back and can commit if they want to. Kaylee Ryan puts a spin on Emphatic in that unique way alone.

Emphatic was an easy read and I read it in one sitting as I wondered what would happen with Logan and Kacen. I enjoyed both Logan and Kacen's characters. Logan's shy, sweet demeanor was cute and Kacen was the total opposite of her but in many ways alike and the perfect man for her.


Kaylee Ryan has had a passion for reading since she was a little girl. That passion has slowly led to spinning romantic tales, and a one-click addiction. When she doesn’t have her nose stuck in her kindle or fingers glued to the keyboard, you can find Kaylee hanging out with friends and family. She loves all genres of music, and enjoys scrapbooking. She lives in Ohio with her husband (her real life happily ever after) and their rambunctious little boy.