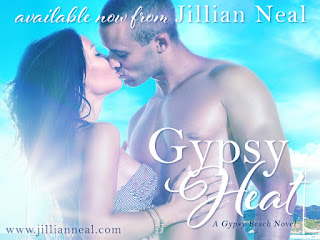 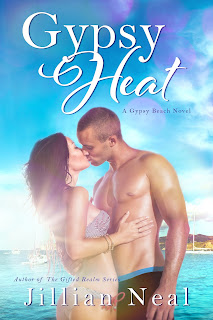 Blurb:
Nadya Montgomery was Gypsy Beach’s own personal wild child. There was nothing she wouldn’t do, especially when it came to Grady Havens. Until disaster struck and tore them apart. Desperate to protect Grady, she ran away from everything and everyone she’d ever known.
Fourteen years later, Nadya returns to the beach to try to rebuild some semblance of her life out of her ex-husband’s shadow, but that means returning to her past and seeing Grady Havens again.
Now a charter boat captain constantly trying to put his past behind him, Grady doesn’t know what to make of Nadya’s return. All he knows is she was always meant to be his, and he intends to make his claim. He wants her back in his life and most certainly back in his bed.
When his entire family is threatened, he’s caught between rekindling his relationship with Nadya and protecting what belongs to him.
Together they try to rebuild what always should have been, but their pasts are determined to keep them ensnared. As passions ignite between them, they realize that even Grady may not be able to keep her safe this time. 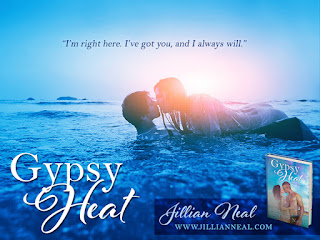 My Review:
Before I begin my review, let me just say: I LOVE THIS SERIES. The Gypsy Beach series is the perfect summer romance series and the greatest beach books ever. I've enjoyed myself all summer long losing myself in the beauty of Gypsy Beach and Jillian Neal's characters.

Nadya, Mac and Molly's niece is reeling from her divorce when she seeks solace in Gypsy Beach. She had spent the last few years in an abusive marriage and is seeking freedom away from her ex.

Once Grady and Nadya come face to face, the realize there is something still there between them but between the two of them they have both been through the wringer and their fair share of pain and neither is ready to truly move on.

The romance is sexy and sizzling. I loved the passion between Grady and Nadya and of course, the beautiful and magical setting of Gypsy Beach cannot be forgotten. As with all of Neal's characters I found myself in love with Grady and liking Nadya so much and relating to her in many ways. I love how unique Neal's characters are and how they stand out. I loved Nadya's sass, determination, and strength and how she chooses to stand up for herself. This story has romance, suspense, and heat along with many twists. I was hooked from page one!

Excerpt:
“What the hell is wrong with you?” Grady huffed as he studied his youngest brother. Beau had been twitchy since he’d entered the new boathouse. He looked like a wary bass circling a hook debating its fate.
“Nothing.” He bristled and fidgeted with the boat keys in his hand. Grady and Nate had been trying to sort through the old fishing boxes of contracts, receipts, licenses, and paystubs at night now that they had an actual office to hold it all.
Nate rolled his eyes. “You know he’s not gonna let it go. Whatever it is just spill it.” He thumbed through a stack of old contracts before tossing them into the trash.
Very conveniently, Beau checked his watch. “I gotta get out of here.”
Moving nothing more than his overly-muscled arm, Grady caught the back of Beau’s shirt and prevented him from escaping.
“What the hell is going on with you?”
“She asked me not to say anything … but I kind of think you should know. Maybe?” Beau made a partial confession.
Grady’s brow furrowed, and he released his little brother. “Who asked you not to say anything?”
His head dropped, and Grady barely made out the word, “Nadya.”
Nate dropped the paperwork in his hand. The entire world seemed to stop spinning at that moment. Grady was unable to make any audible sound. He was stunned.
“You saw Nadya? Like Grady’s Nadya?” Nate beat him to the punch.
“Yeah,” Beau sighed. “She was at the coffee shop. Said she was gonna be here for a few weeks, and …”
“And what?” Grady managed to grunt. His heart felt like some kind of deranged pinball ricocheting from his throat, to his ribcage, to his gut in a nauseating cadence. It rang in his ears.

About the Gypsy Beach Series:

Book #1
Gypsy Beach
Single father Ryan McNamara returns to the only place he'd ever been happy, Gypsy Beach. This time he's divorced, broken, but determined to make something of his life. Sienna Cooper is determined to forget Ryan, the last decade, and all of the hurt he'd left her with. She's got enough spunk and gypsy fire in her soul to make this work. She's going to run her grandmother's inn and make it a success. But when a chance encounter throws them back together, the passions ignite and the past doesn't feel so far out of reach. Can they rekindle the love they'd once had? Can he convince her that he never intends to walk away again? Will a potent dose of unending lust, a lifetime of love, and enough hot-blooded Gypsy spirit be enough to save them both?
Buy:
Amazon: http://amzn.to/1NaGFTF

Book #2:
Gypsy Love
Arley Copeland vows never to trust anyone, much less a man, ever again. After her fledgling career as a romance writer grinds to a halt and her ex blabs to the press about her preferences in bed, she heads to Gypsy Beach, desperate to regain some anonymity and maybe figure out what to do next.

Divorce attorney John Rowan has been in on the explosive end of more marriages than he can count. Love never lasts. Of that he's certain. Sick of barely existing inside the concrete jungle of Atlanta with the endless traffic and endless noise he heads towards a two-week reprieve in Gypsy Beach, North Carolina.

From the moment he lays eyes on Arley Copeland, John is determined to prove that not every guy on the planet is out to hurt her, and maybe teach her a thing or two about herself in his bed and out. With every sinfully sweet caress, they're falling more and more in love. Their pasts may be fading away, but will John ever be prepared to risk it all on a lifetime love when he doesn't believe such a thing could ever exist? 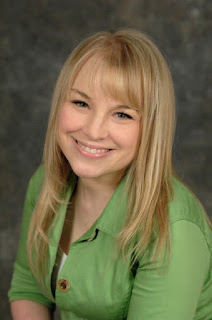 About Jillian Neal:
Jillian Neal is a Romance author that manages to blend her imagination, Southern sass, and loving heart in every novel she pens. She showed her talent for weaving intricate plot lines and showcasing dynamic characters in her seven-book, urban fantasy, series, The Gifted Realm. Her skillset continues to shine in her contemporary series, Gypsy Beach, which will leave you with a longing to pack your bags and move to a tiny beach town full of bohemian charm.
She lives outside of Atlanta with her husband and their children.