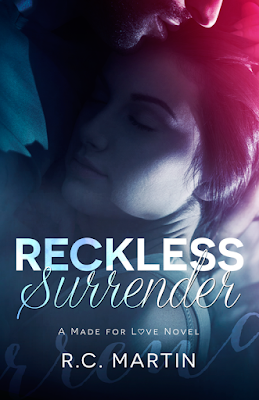 [Reckless Surrender is book two in the Made for Love series but can be read as a STAND ALONE novel. Written for audiences 18+ years of age.]

Three and a half years ago, Daphne walked into my shop, kicked open the door to my soul, invited herself inside, and got comfortable. By the time I realized she’d made herself at home, it was too late to kick her out. Now, I’m in love with her. But I’m not her boyfriend. She’s not my lover. We’re just friends…

Trevor’s it for me. I love him so much it drives me crazy. But we’re broken—two battered people whose souls have been ravaged by the world. We decided a long time ago that we wanted to love each other but not attempt to fix one another. Instead, we give each other as much as we can. I’m beginning to wonder if that’s ever going to be enough…

I don’t want to be her bandaid.

I don’t want to be his addiction.

But if we never cross that line, will I lose her?

If I don’t tell him what I want, will I lose myself? 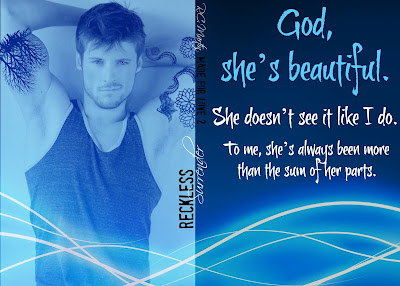 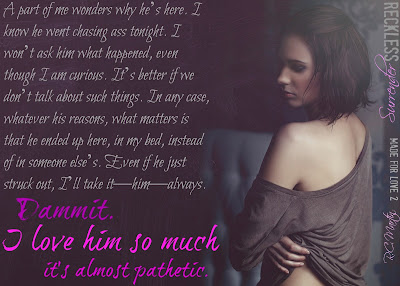 My Review
Three and a half years ago after Daphne gave her son up for adoption, she entered Trevor's tattoo shop and changed his entire world. Neither of them have had it easy. Trevor has lost the ones he loves and Daphne is lost and in need of an anchor. Trevor provides that for her.

While the two of them share everything, and both know that they love each other, they draw an imaginary line between them because they don't want to ruin what they have or lose one another.

Reckless Surrender is told in four POV's: Daphne's, Trevor's, Daphne's friend Logan, and Daphne's brother Roman. Each character is unique and has their own story. Whereas Trevor is rough around the edges, Roman is the all-american boy. Logan and Daphne are pretty much the same way also, but they have managed to form a tight bond between them despite their differences.

Each of these four characters are seeking to find themselves, find love, find family..Each of them are just looking to find 'home' wherever that may be. I enjoyed watching their stories play out and how God had such an impact on all of their lives. 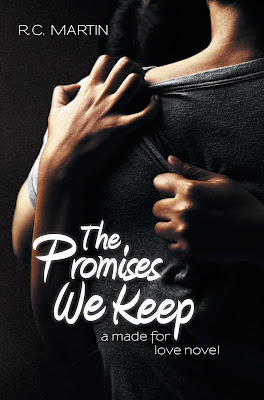 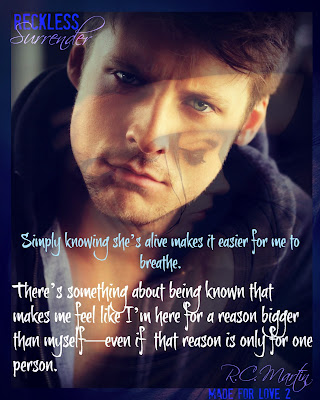 I twist my bangs back away from my face and pin them in place before washing off today’s makeup. I feel completely plain without it, but it’s also refreshing to be rinsed clean and I know present company doesn’t mind. Speaking of which, I’m glad I get to keep him for the night. I love it when that happens. We don’t exactly make a habit of it, but I always sleep better cocooned in his arms. It makes me feel like I’m his. I guess in some ways I am, even though I’m not. I certainly don’t belong to anyone else. I can’t imagine ever being with anyone else—even if being with Trevor without actually being with Trevor one day breaks my heart.
I shake the thought away, aware that I’m starting to think too much. He’s here, now, and that’s what he can give me. Besides that, it’s more than anyone else gets. This is how it is between us. It works.
I stop just inside the doorway of my bedroom, caught off guard by what awaits. Or should I say, who? I have to stifle a small gasp at the sight of him—not because I’m startled by his change in appearance, but because he leaves me breathless. He’s so damn mesmerizing I can’t help but stare. Every. Time.
At this point, I think it’s safe to assume I’ll never get used to the masterpiece that he is, and that’s more than fine.
It’s quite apparent that he has endured the confines of his dress attire for as long as he can stand it. I can’t mourn the lost image of him all spruced up, not when I have the image of him all stripped down to admire. All he has on is a pair of gym shorts. He keeps a pair stowed away in my dresser for nights like these. He’s sitting at the window, which he has opened, with one leg straddling the bench and the other bent in front of him so that he might rest his beer atop his knee.
Trevor isn’t built like an athlete. He isn’t bulky with muscle. He isn’t lanky, like me, either. He’s made up of lean, toned lines that whisper of the physical power that makes him all man. But his inner strength? All the vulnerable and fragile pieces of him that make him so strong, the pieces of him that I love so much, that’s what catches my eye.
He wears his heart on his sleeve. Literally. The world might not know it, but I do. I know that every inch of ink that covers his beautiful skin tells his story. The tattoo on his left arm stretches from his wrist all the way up to his shoulder and spills over his heart. I can’t see it now, because of the way he’s sitting, but I know he’s got script tattooed down his left side across his ribs. Finally, his right arm is adorned in a half sleeve. I say finally not as a way to express finality, but simply the end of his list for now. It wouldn’t surprise me at all to learn that he’s dreaming of more.
“Daph! Your beer’s getting warm!” he yells, his gaze still directed out the window.
I grin, partly because I love how he knows I hate it when my beer gets even the slightest bit warm; partly because he hasn’t noticed me standing here staring at him. “I’m right here,” I say as I continue to make my way into the room. I speak softly, but I startle him just the same.
“Shit, Wings—” he mutters, spitting out his nickname for me as he jumps. He has to snatch up his beer as his leg shoots out in front of him. I laugh and grab my half empty bottle from off of the edge of the bookshelf where he’s lined up our reserve. “How long were you standing there?”
“Not long,” I lie. I sit opposite of him, bending my knees and propping my feet up.
“Sure,” he murmurs, shaking his head at me in disbelief. I smirk in response.
Now this is one of those moments where, if we were in a movie or a romance novel, he’d crawl across the bench and kiss me. But this isn’t a fairy tale and he won’t kiss me because I won’t let him. We can’t go there. What he and I share, it works because we don’t go there. As crazy as it might sound, our restraint excites me. Simply knowing that he feels it, too, makes this moment more intimate than not.
He brings his beer up to his lips and tilts his head back as he empties the remaining contents into his mouth. As he sucks out every last drop, he watches me watch him and I get lost in his oval eyes. His irises are in a glorious state of confusion, unsure of whether or not they are blue or green. His hair struggles with the same color dilemma, his dark blonde locks sometimes appearing light brown, depending on how the light hits them.
For just a second, I imagine running my fingers through his soft, loose, curls. Or, at least, I consider them curls; or they would be—big, beautiful, silky curls—if he grew his hair out longer. I know he won’t. He likes to keep his slightly shaggy, fuck-me-now mane just long enough to entice you to do just that. Except, we won’t be doing that, either.
His gaze is still locked with mine. He’s teasing me. I know it. He knows it—but this is our game. I can’t look away first. If I do, he’s won. So instead, I bring my beer to my lips, tilt my head back, and drink, all the while watching him watch me.

When we’re both finished, he stands and takes my empty bottle before leaning down to kiss my neck, just below my ear. “You win, Wings,” he murmurs. I grin, feeling victorious. “But you left the bottle opener in the kitchen. I’ll be right back.” He kisses me once more as a reward and then turns to leave. 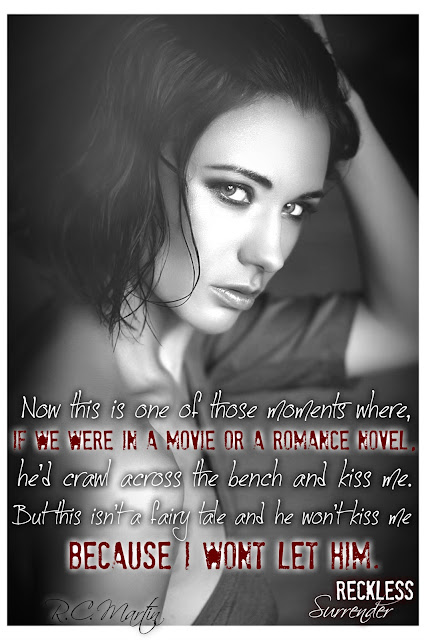 R.C. Martin finds it a bit awkward referring to herself in the third person, so she's only going to do it for this one sentence. (We all know who's writing this bio anyway!)

I'm a born and bred Coloradan. I will always claim that square state as my home! While I now reside in Virginia, the land of the Rocky Mountains is where I've left a piece of my heart and where my characters come to life. I'm a woman in love with love and filled to the brim with compassion for women like me, on a journey to find themselves in today's society. I aspire to inspire my readers to do more than settle. I hope that my writing will remind everyone that she (or he!) is valuable and worthy of the best kind of love--the kind that is gentle, patient, faithful, passionate, all consuming, never ending, and leaves you breathless.

When I'm not writing I'm reading; when I'm not reading I'm writing...you know how it goes! I also enjoy cooking, baking, crocheting, and jigsaw puzzles. Basically, I'm an old soul with a young heart, nonchalantly waiting for my prince to come. 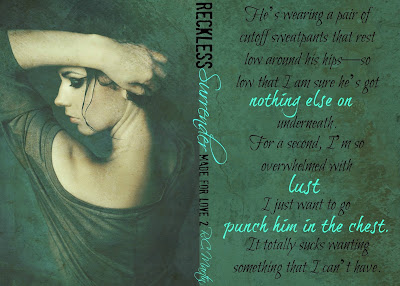