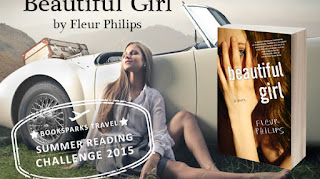 DESTINATION: HIT THE MOUNTAINS OF MONTANA 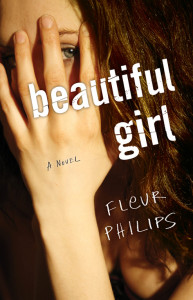 Week of July 13: Beautiful Girl by Fleur Philips
Seventeen-year-old Melanie Kennicut is beautiful. Her entire life revolves around this beauty because her overly controlling mother has been dragging her to casting calls and auditions since she was four years old. According to Joanne Kennicut, Melanie was born to follow in her footsteps. But Melanie never wanted this life.
http://amzn.to/1ysWdQ3

Beautiful Girl had a strong and positive message to impact. The downfall of this book though is that it was rushed. There was a lot going on within the book and the author seemed to rush through with such a fast pace, it was hard to wrap my head around things.

Due to the fast nature of this book, I was unable to form a real connection with the main character, Melanie. I liked her, I liked the watching her go through a process of self-discovery and find her own identity in the world, but at the same time I felt as if I couldn't connect with her in any way.

The second thing that bothered me was the romance. I love a good romance that develops in it's own pace and is realistic, not something that is hurried along and not something that "Woah, we just met and after talking twice, I am madly in love with you." and that's what this book gives us. Although given the type of lives both Melanie and Sam had, I can't blame them for wanting someone in their lives that cares, but I feel like their romance was a little too rushed. Then again, they are teenagers and if I remember correctly, as a teen I was sometimes in 'puppy love' with one boy one day and another the next week.

I felt as if this author had good ideas and if she would have developed the characters more and slowed down the story some, it would have been a better read. I do think Philips has a lot of potential as an author, I just had trouble connecting with the story and characters and some things just did not make sense to me. 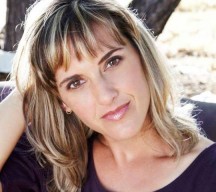 Fleur Philips is an award-winning author who holds an MFA in Creative Writing from Antioch University and a Bachelor of Arts in English from the University of Montana. Her first novel, I Am Lucky Bird, was selected as a General Fiction Finalist for the 2011 Book of the Year Award from ForeWord Reviews. Her current novel, Crumble, was named Young Adult Winner from the 2013 San Francisco Book Festival and was selected as a Young Adult Fiction Finalist by the 2013 International Book Awards. She lives in Whitefish, Montana, and when she’s not writing, she’s cheering for her son in his athletic endeavors.