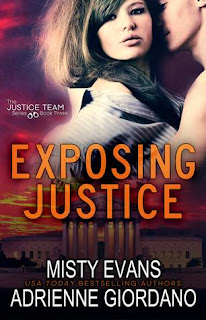 As a Public Information officer for the US Supreme Court, idealist Hope Denby knows how to spin a story. A journalist at heart, she loves being in the middle of a juicy scoop and has her sights set on future Press Secretary for the White House. When the Supreme Court Chief Justice is accidentally killed in a road rage accident, and a high-profile conspiracy blogger claims it was premeditated murder, Hope has to shut down the paranoid blogger—which should be a slam dunk until she discovers he’s not as crazy as she thought and she has more in common with the secretive, hard-hitting investigator then she’d like to admit.
Cyber resistance against government corruption isn’t just a theory for Brice Brennan on his blog, The First Amendment Patriot. As a former ATF agent who blew the whistle on his superiors, he’s no stranger to government cover-ups and scandals. An anonymous tip on the Chief Justice’s death sends him searching for answers. What he finds is a sexy, young idealist about to blow his private, behind-the-scenes world to pieces. Brice and Hope couldn’t be more opposite, but exposing justice makes them partners—and puts them on the track of a ruthless killer. As their investigation takes them into the dark underbelly of Washington politics and murder-for-hire, it also takes them into the bedroom where passion erupts and emotional walls crumble. But when the killer makes an attempt on Hope’s life, will Brice be able to keep her safe? Or will blowing the whistle on corruption and greed mean losing the one person he’s allowed himself to love?

MY REVIEW
Brice Brennan is a patriotic blogger and former ATF agent. After his career went sour and he was betrayed by those closest to him, Brice began blogging and exposing the truth about the government.
Hope Denby is a Public Information Officer and a journalist at heart. When a Chief Justice is murdered, Hope has no choice but to trust blogger Hawkeye in order to get to the truth and stay safe.
Together Brice and Hope have a better chance than alone but the sexual tension is thick. Can these two make it out of this situation without landing themselves in bed?
Exposing Justice is book three of The Justice Team series and the Giordano/Evans writing duo once again blew me away with this romantic suspense. I loved both Brice and Hope's characters and how different they were yet similar in their passions and wanting to find out the truth. The sexual tension and chemistry is definitely there but I love that the case comes first. The romance is of course juicy, but the suspense is what I live for in these books and Evans and Giordano sure know how to keep a girl on the edge of her seat.
Suspenseful, exhilarating, and intense, Exposing Justice was the perfect weekend read. I was on pins and needles wondered who did it, would Brice and Hope make it out safe and of course the big question: would Brixs and Hope tear down that imaginary line and go there already. Not wanting to give anything away, I suggest you read this book to find out these answers on your own ;)
I loved this book and if you love romantic suspense books as much as I do, I guarantee you this is your next five star read!
at July 19, 2015