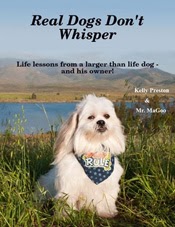 The award winning book, Real Dogs Don't Whisper (www.realdogsdontwhisper.com), which highlights my life journey caring for four special needs dogs and the life lessons they taught me along the way.  The overall message within Real Dogs Don’t Whisper is about giving those with special needs a second chance.  The book touches on integrity, unconditional love, leadership, trust, stopping abuse and opening your heart to receive and give both unconditional love and friendship.  To lighten the message, I developed a co-author, Mr MaGoo; Mr MaGoo is my Lhasa Apso and he is larger than life.  He adds humor within the book; sharing with the reader how life is so tough for him being the only male in the house and living with a crazy lady, me.

Things You Should Know about Mr. MaGoo –
the Coauthor or Real Dogs Don’t Whisper
Mr. MaGoo is a nine-year-old Lhasa Apso and the book’s co-creator and co-writer. He is, in his own words, “the alpha and omega of all dogs – in the cutest and sparkiest, most fun-loving package ever.” Ignoring Kelly’s persistent eye-rolling, Mr. MaGoo has forged ahead with this project in an attempt to, as he puts it, “present the facts from a dog’s perspective. In other words, the correct, most accurate, most interesting, only-one-that-matters perspective,” to which he adds, simply, “Woof!”

Oh my! Mr MaGoo is a clown, even in his senior mature years; I think he found the fountain of youth because he still acts like a puppy.  When he walks, he doesn’t walk, oh no!  When Mr MaGoo walks, he has a prance to his step, as if he knows the world is watching and he is performing for them.  There is nothing bashful about him, he likes to make his presence know; something as simple as being in the room with you no matter how many times you may get up and move.  Or, finding his favorite toy and squeaking it until someone looks his way.  When he was a puppy, his eyes were hidden which is how I arrived at his name.  As the years went on and after many grooming appointments, his eyes started to take on the appearance that he has eye liner on.  Kid you not!  To this day, I often hear the comment that he looks like he is wearing eyeliner.  Who knows?  Maybe he was born for the lime light after all? 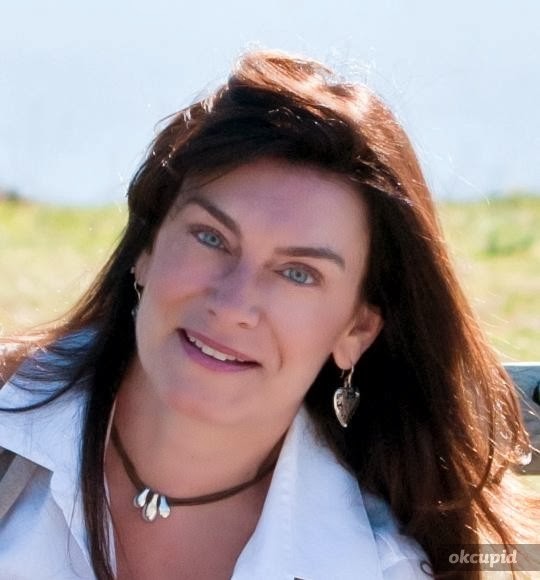 Kelly Preston is, first and foremost, an animal lover. Raised on a ten-acre property in a small town in Pennsylvania, she grew up with horses, rabbits, and – of course – dogs. When she left home after college, she acquired Gizmo, an irresistible Lhasa Apso that started her on a journey full of joys and sorrows, hopes and tribulations, frustrations, endless lessons in patience, and above all else, love. All of this has come at the hands (more precisely the paws) of Gizmo, Betty Boop, Buffy, Carla Mae, and the inimitable Mr. MaGoo.