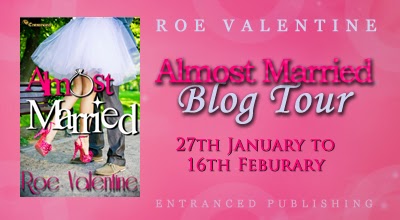 Today is my stop during the blog tour of Almost Married by Roe Valentine. 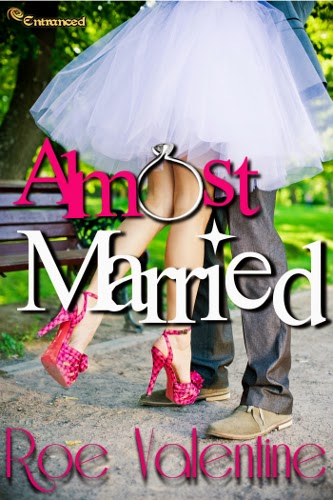 Realist, Dr. Carla Harris, believes that people create their own fate, through hard work and careful planning. She believes in playing things safe. But, while preparing for her upcoming nuptials she’s forced to confront the most reckless thing she’s ever done, her estranged husband, Jacob.
Idealist Jacob Moreau believes in soul mates, as much as he believes in saving endangered companies. When his long lost wife reenters his life seeking a divorce, he is convinced more than ever they are meant to be together. And he will do—and lose—anything to have her again.
She thought she had her life planned to perfection. He thought they made perfect sense together. Would marrying Jacob be the craziest thing she’s ever done, or divorcing him? 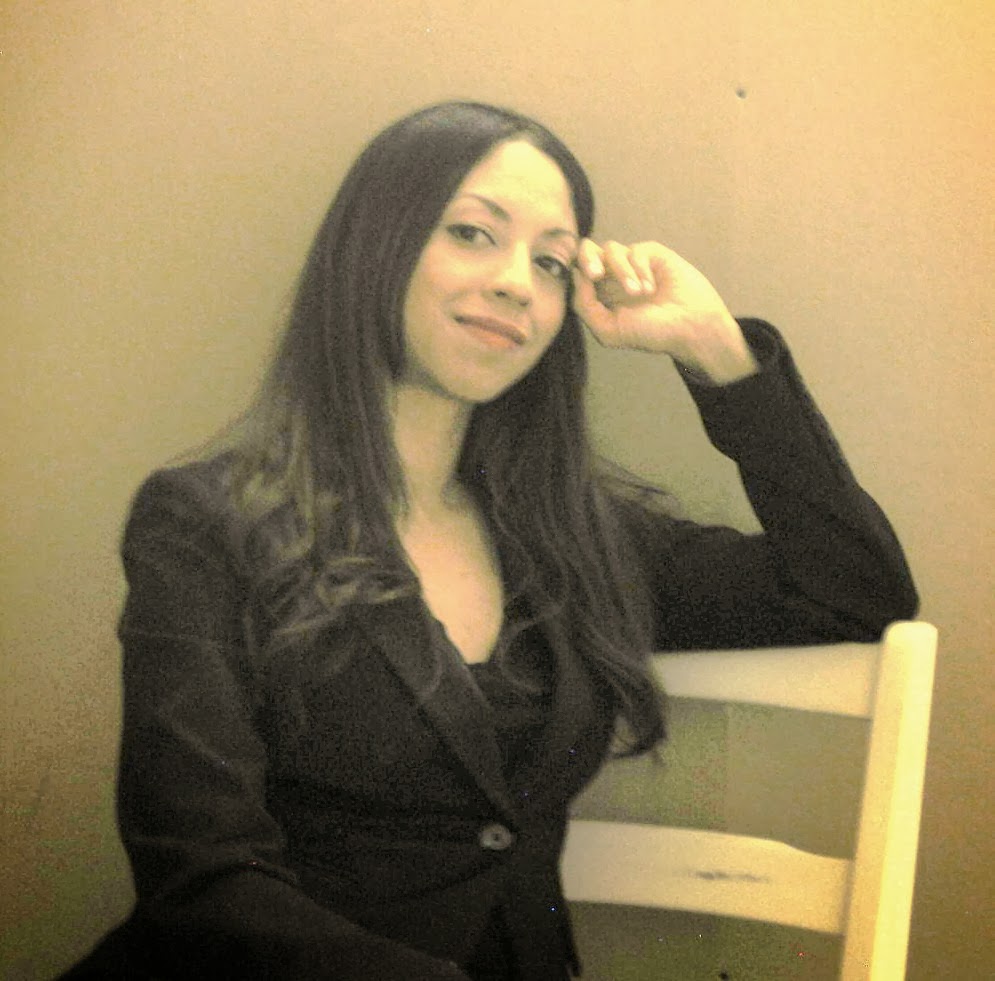 Roe Valentine was born into the right family. Not only does the name Valentine suit her, but her grandmother, unknowingly, introduced the young Ms. Valentine to her first romance novel. She hasn’t read anything else since. She calls herself a romantic at heart and believes that love conquerors all.

The San Antonio native, who now lives in Houston, attempted to write her first contemporary romance novel when she was nineteen years old. That attempt didn’t take, but her story has a happy ending. She kept pursuing the dream until she landed her first publishing contract. Almost Married is her debut novel.

When not busy writing or reading love stories, Roe can often be found in a yoga class or chatting with friends at her favorite coffee shop. Enjoying margaritas with some girl-talk isn’t unusual for her either. For a night in, she watches reruns of her favorite TV shows and, of course, romantic comedies on her Roku, usually with a glass of wine.