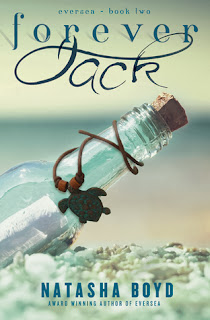 A feisty small-town girl and the Hollywood star who broke her heart
An all-consuming love threatened by fame
One last chance at FOREVER
Keri Ann Butler’s life changed on the night she met movie star, Jack Eversea. She thought she knew a Jack that was very different to the man adored by fans the world over. In the wake of his betrayal and abandonment, Keri Ann has had to pick up and move forward with the life she was supposed to live and has put off far too long.
Suddenly Jack is back, and his explanations for why he left seem more and more plausible, and his declarations more seductive. But being Jack’s latest tabloid accessory isn’t on Keri Ann’s career agenda, no matter how much she is attracted to him. And how can she can ever trust him again?
Jack knows he let the only ‘real’ thing that ever happened to him slip through his fingers. And his hands have been tied to try and stop it. Until Now.
Jack is now fighting to save his relationship with Keri Ann, even as his crazy life threatens to tear them apart. Again. The question is, can he convince her she can have it all? And have him? Forever?
Read how it all began in “Eversea “…

EXCERPT: Jack wasn’t wearing his ball cap, and the breeze ruffled his darker, longer hair.
It seemed laughable now, that I would have waited until tomorrow morning to find out what he was doing back here. I cocked my head. “You realize this qualifies as seriously creepy.”
I thought I saw his mouth lift slightly on one side.
“I couldn’t sleep and thought walking would help. And well, I ended up here.” Jack shrugged, his hands still wedged in his jeans. His soft, deep voice that I knew so well, that the world knew so well, was a smooth melody over the jagged rasping of the cicadas. “I didn’t know you’d be awake.”
You just showed back up in my life, how could I be sleeping? I bit down, holding my teeth together to keep from inviting him in. “Why couldn’t you sleep?” I asked eventually.
“Why couldn’t you?” he returned.
My skin got warm. “I was sleeping.”
Barely.
I imagined I saw his eyes narrow. “But Jazz texted and woke me,” I added. Not technically a lie.
Jack nodded, pursing his lips and rocked back on his heels. I could see more details now that my eyes were accustomed to the night and the clouds continued clearing the sky. He was wearing dark jeans and a snug dark t-shirt. His eyes hadn’t left me. I reached up and smoothed my hair, tucking an errant strand back in the direction of my messy braid, wondering what on earth I looked like after tossing and turning for the last few hours.
“Stop.”
I paused.
“You’re beautiful.”
My blood pressure rose. I clamped my jaw tight again. My upbringing dictated I thank him, but a wave of anger, no ... make that pure and utter pissed-off-ness, almost choked me. “You can’t even see me,” I snorted. “Nice try. What do you want anyway?”
“I don’t need to see you to know you’re beautiful.”
Well, didn’t that knock an oyster out of its shell? What was he playing at? “Seriously, what do you want, Jack? You need someone to buy your groceries or something?” My acidic tone left no doubt about how I felt.

His shoulders moved almost imperceptibly, and I had the thought he’d either let out a long sigh or he was at a loss as to what to say, and was about to give up and turn around. “Can I come in?” he asked so quietly, I almost didn’t hear him. “I’d like to talk to you.”

AUTHOR BIO:
Natasha Boyd is a writer with a background in marketing and public relations. She holds a Bachelor of Science in Psychology, and lives in the coastal Carolina Lowcountry, complete with Spanish moss, alligators and mosquitoes the size of tiny birds.  She has a husband, two sons and a host of scared relatives that worry the next book will be about them.  She is a member of Georgia Romance Writers, Romance Writers of America and Island Writers Network, where she has been a featured speaker. Forever, Jack is the sequel to her award-winning and first full-length novel, Eversea.


GIVEAWAY: To enter to win (1) ebook copy of both Forever Jack AND Eversea comment here telling us what you want most for Christmas.

a Rafflecopter giveaway
at December 08, 2013