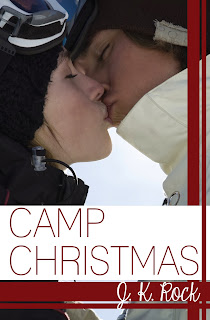 
Blurb:
Hannah never meant to be a mean girl – at Camp Juniper Point or at her high school. It just sort of happened during one painful year when her parents split and her life fell apart. Who knew being mad at the world would catapult her to popularity? But since changing the status quo would make her some serious enemies, she’s prepared to ride out her time until graduation. That is, until a camp friend calls her on the act during their school ski trip. Will Julian out her to her friends? Or will the guy she once accused of being King of the Nerds make her wish she was a whole lot more like him?


EXCERPT: Julian
“I’ve got to get a call out or a text message, but I haven’t had a signal for the last couple of hours.” I put my backpack on and wrapped my cape over it.

Say what you will about a cape; I’d be the only one warm tonight if we got stuck out here. My eyes slid to Hannah. I could probably be talked into sharing it.

Blinking, I forced myself to snap out of it. Just because she remembered some random moment we shared in fifth grade didn’t mean the past was forgiven. But it had been cool to find out she hadn’t forgotten. That it was still important to her under all the Mean Girl crap she’d worn like armor since junior high.

“I’m going with you.” She stared at me with her inscrutable eyes, her red hair curling around her shoulders damply now that the snow fell so heavy.

“It’s safer for you here.” I didn’t need her slowing me down.

“Doesn’t matter. We’re partners. Buddy system, remember? No arguing.” She yanked her ski cap down farther beneath her helmet so it covered her ears more. “I’m going.”

“Don’t go all stubborn on me,” I warned. “This isn’t the same as talking your way out of a homework assignment. There are real dangers in these woods and they’re only getting worse as it gets dark.”

Her eyes narrowed. Her mouth flattened into a thin line. “Which is why I need to protect you.”

“From bears?” I couldn’t resist.

“Exactly. I think we can both agree I have bigger claws than you.” She dug her poles in the snow. “Now get moving before we lose more light.”

I said nothing. I just started skiing.

We trudged silently for a while, the snow too fresh for any kind of speed. But after a few minutes she sidled closer.

“Thanks for not arguing with me.”

“I did argue. You just refused to listen.”

She flipped long, damp strands of auburn behind one shoulder as she sighed. “I know you think I’m this super mean chick, but—”

“Really?” Her voice sounded uncertain in a way that hit me right in the chest.

I swallowed down the feeling, not ready for it. Not now.

“Definitely. I don’t mind that you wanted to come with me, Hannah. I like that you speak your mind.” I debated how to put the next part. “It’s when you snark on people to make them feel small…that’s mean. But I don’t think that’s really you.”

Let her chew on that. I waited for her to jab me in the kidney with a ski pole or step on the back of my ski. But she was so quiet the only sound I heard for a long moment was the rhythmic thunk of her poles in the snow.

“Yeah, but you do it because your friends expect you to. You got a reputation for being the mean girl, and now you don’t know how to quit.”

She stopped. Skis, poles, arms…all of it just kind of wilted right there. I paused, too, turning around to see her face scrunched in a weird, thoughtful way. Frowning, she reached for her chest, her palm and her ski pole resting there like she was holding herself together.

“What?” I edged backward toward her. “Did you lose something?”

I couldn’t see the ground clearly in the shadows of shrinking daylight, but I scanned for anything she might have dropped.

“How do you know that?” She moved closer in a way that made my pulse leap. “I mean—why would you ever give me the benefit of the doubt?”

One of her skis slid between mine. She was that close.

“You don’t fool me, Hannah.” I shrugged. “I judge people based on what I observe. What I know.”

“One time, I locked Bobby Randall in the girls’ room. His friends still call him Flush.”

“Everyone knew he was going to get pounded that day by a senior wrestler from another school. It was obvious to me you saved his life.”

She rolled her eyes. “I steal hall passes from Ms. Hanrahan’s desk all the time.”

“You and everyone else.” I noticed that I couldn’t see her freckles as well now that the sun was setting.

“I shoved Lauren Carlson off a cliff at camp.”

“Definitely mean. But it was a small cliff, if I remember correctly. And you were having the year from hell.”

“I pay way too much attention to you.”

You can find Camp Christmas on Goodreads

Earlier books in this series:

Blurb:
The Camp Kiss That Started It All…

Lauren Carlson, a fourteen-year-old expert on the cosmos, superheroes, and science fiction trivia has a crush on her longtime camp friend, Seth. Last summer she’d dreamed about upgrading their relationship to BF/GF status and this year she has a plan… if only her well-meaning cabin mates wouldn’t interfere before she’s ready. She hasn’t even adjusted to her new braces yet, let alone imagined kissing Seth with them. When a dare pushes her out of her comfort zone, will she and Seth rocket out of the friendzone at last? There’s only one way to find out…


You can find Camp Kiss on Goodreads. It is free to download on the Spencer Hill Contemporary website or you can buy it on Amazon .

Blurb:
The summer of her dreams is about to get a reality check.

They said it couldn't be done, but geeky sophomore Lauren Carlson transformed herself into a popular girl after moving to a new school halfway across the country. Amazing what losing her braces and going out for cheerleading will do. Only trouble is, the popular crowd is wearing on Lauren's nerves and she can't wait to return to summer camp where she's valued for her brain instead of her handsprings. She misses her old friends and most of all, her long time camp-only boyfriend, Seth. This year she intends to upgrade their relationship to year-round status once she's broken up with her new, jock boyfriend, Matt. He doesn't even begin to know the real her, a girl fascinated by the night sky who dreams of discovering new planets and galaxies.

But Matt isn't giving her up without a fight. As he makes his case to stay together, Lauren begins to realize his feelings run deeper than she ever would have guessed. What if the guy she thought she was meant to be with forever isn't really The One? Returning to Camp Juniper Point was supposed to ground her uprooted life, but she's more adrift than ever. Everything feels different and soon Lauren's friends are turning on her and both guys question what she really wants. As summer tensions escalate, Lauren wonders if she's changed more than she thought. Will her first big discovery be herself?

You can find Camp Boyfriend on Goodreads

About the Authors:
Sisters in law Joanne and Karen Rock write Young Adult books under the pseudonym J.K. Rock. They bonded on a set of bleachers, watching their respective Rock boyfriends play baseball, and later, as young wives married into the same big family. Today, they have fun reliving teen drama on the pages of their YA books in their ongoing Camp Boyfriend series, which reviewers have noted for its authentic treatment of navigating relationships and self-identity. Individually, Joanne and Karen write adult romance books for Harlequin. Joanne is a three-time RITA Award nominee and Golden Heart winner. Her books have been reprinted in twenty-six countries and translated into twenty different languages. Karen's debut romance, WISH ME TOMORROW, has garnered critical acclaim for its sensitive portrayal of a cancer survivor's journey. You can learn more about their upcoming projects and previous releases at http://jkrock.net


There are two blitz wide giveaways!
One of the giveaways is US Only, here is what you can win: signed copies of J. Lynn's FRIGID, Kimberly Sabatini's TOUCHING THE SURFACE, J.K. Rock's CAMP BOYFRIEND, journal, chinese lantern, pen, stickers, assorted bookmarks, friendship bracelets, Camp Boyfriend pen and mini-flashlight and Bath and Body Works Triple Moisture Cream in Aruba Coconut.

The other giveaway is open international and is for a 25$ gift card. You can enter the rafflecopter below:
a Rafflecopter giveaway
at December 18, 2013