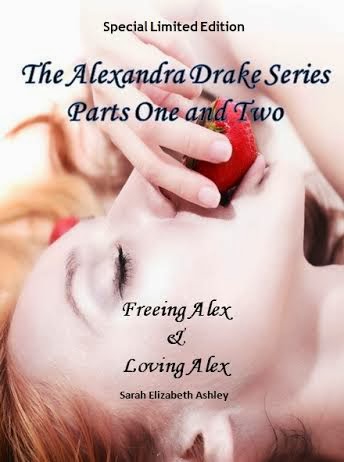 Buy links for the special edition:


Alexandra Drake, a lady in her early forties trapped in an abusive marriage to a controlling husband. Out of the blue she finds her life is transformed by the legacy left to her by her the woman she always thought of as 'aunt'.  Now, having the capital and means to leave, the following months throw her into a maelstrom as she discovers who she really is and what allows her to escape from the 22 years of hell that she endured at the hands of Lewis, her husband.

Feeling totally insecure she embarks upon her "new life" in which she is protected and supported through the trauma of divorce and fear of her past by the incredibly sexy James, a younger man with 'movie star' looks who dotes on her completely.  Despite the age difference the attraction appears mutual and James soon introduces her to everything that a loving, complete and totally fulfilled relationship should be - including things that naive Alex could only have dreamed of, let alone experienced!   But, can she survive and emerge a stronger, totally fulfilled and happy lady?

Freeing Alex is an emotive story of a woman's determination and strength to move on and become free. 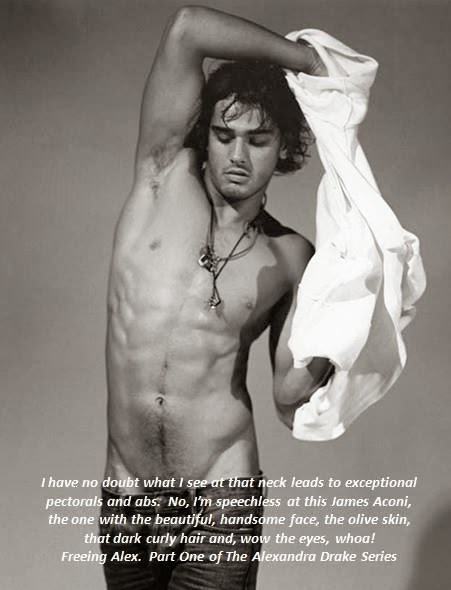 Excerpt:
I look at the chair in front of his desk, it looks well used. Glancing around his office, I wonder where he and that girl— Alex, stop it! I reprimand myself before collapsing into the leather, aware that I now have Action Man behind me and a movie star in front of me. Holy shit, Maggie worked with these two, no wonder she never came home. I mean, who in their right mind would leave this pair for a quiet little village in Staffordshire where nothing ever happens and the highlight of the year was Mrs. Watson’s garden party! I struggle to get my breath back without making too much of a fuss. My mind’s whizzing at a hundred miles an hour, two fit blokes and me! Wow! Alex, keep your thoughts to yourself and your mouth zipped, no loose lips in here. Oh Lord above – take me now! Either one of you – both of you!

A story of unequaled devotion, unconditional love, raw passion and new beginnings.
Having learned who she is and believing that freedom from her abusive husband is in sight, Alex continues to build a new life for herself in London. The support she receives from the incredibly sexy James appears unending as he dotes on her completely and introduces her to yet more encounters that Alex could only begin to imagine possible

But, will her past allow her to start again? Lewis, the monster of a husband refuses to let go, the temptation of her huge inheritance appearing too much of a draw for his evil nature to pass by. Will be ever let go? Will his secrets be revealed by a most unlikely source? Who else can meddle with Alex’s efforts to move on from her past and begin her new in peace with James?

Will her troubled past finally let go? Will she find the peace and love that she so desperately craves? 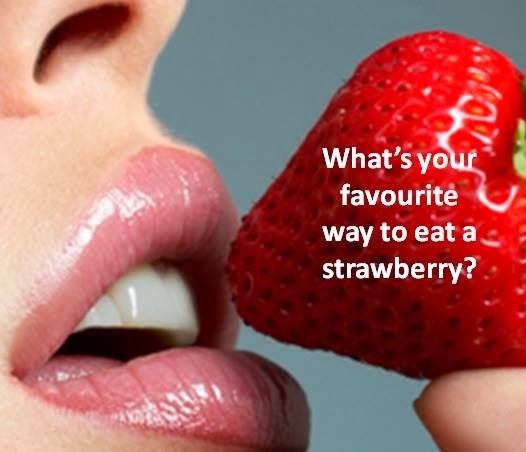 Excerpt:
Once the door's locked he pulls me close and holds on to me tightly. He plants his firm soft lips on mine kissing me deeply, his tongue lapping at my bottom lip, prying my lips apart. I throw my arms around his neck banging my elbows against the walls of the cubicle and sending a bottle of hand soap flying. His hands drop towards the waistband of my jeans and he undoes the top button quickly, deftly. he reaches for the tab of my zipper and pulls it down, all the time his mouth upon mine, my jaw and my neck. His hands slide into my jeans and he eases them down over my bum, I wriggle out of the denim, kicking my shoes off and pushing the legs of my jeans over each foot with the other. He undoes his own jeans and I help push them as far as his knees, I shove his boxers down as his huge cock springs free straight at me. I laugh, " I thought the mile-high club was a myth?" "Well, we're going to be a part of it!" He mumbles as he lifts me up and places my arse on the edge of the sink,"You're going to have to hold on baby, I don't want you to fall." 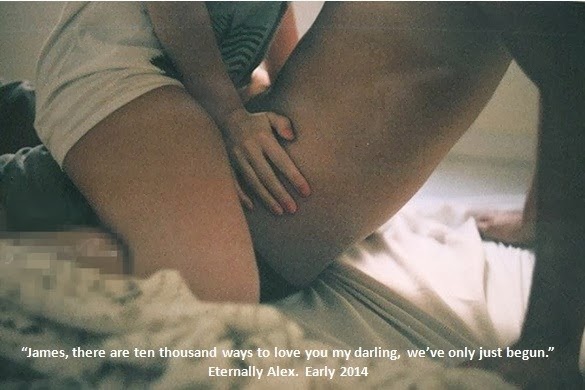 About Sarah:
Sarah Elizabeth Ashley is a first time British writer born and raised in the county of Staffordshire, UK where she still lives.

Forbidden to write under her 'real' name by her children she says that as a child she never had any problems in thinking up stories for creative writing classes and has always had ideas for different projects.  As an wife and mother time has always been the main barrier to any potential writing.

As the children have grown she finally found the time and  quite literally let the words flow as her first novel, Freeing Alex was created, the characters coming to life on her laptop. The former tutor describes herself as a true Piscean with an over-active imagination and says that her family did not take her writing seriously, telling her frequently that they thought it was a "five minute wonder", she says they were all very surprised when she announced that Freeing Alex was now at 80,000 words!

Upon completion of Freeing Alex, the first book in the Alexandra Drake Series, she says it was to be binned.  Motivated by her husband and family she finally plucked up heaps of courage and took the plunge in August 2013 via Kindle Direct Publishing.

Sarah says there have been "high highs and very low lows," along the journey so far, which is "surreal to say the least."  But is so grateful for the support of family, Aconi's Angels (proof readers and beta readers) and of course the bloggers who all do an amazing job.

a Rafflecopter giveaway
at December 19, 2013