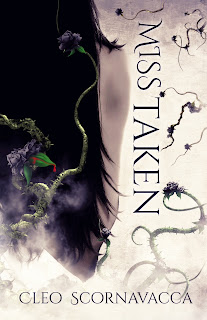 Title: Miss Taken
Author: Cleo Scornavacca
Publication: September 2013
Publisher: Self-Published
Rating: BEYOND 5 STARS!
Goodreads
SYNOPSIS: Love........................The Ultimate Loss of Control
Rain and Raven Medici are identical twins. Although they come from a loving close-knit family their childhoods couldn’t have been more different. Raven went to school and was exposed freely to the outside world. Rain on the other hand was born with a blood disorder and denied many normal childhood experiences. Once grown, Raven becomes a lawyer at their dad’s firm Kane & Medici in NYC. Rain along with her only childhood friend Tommy Conte, builds a very successful business as professional photographers. Traveling between Europe and Manhattan, and enjoying a world that was kept from her, Rain vows never to be controlled again.Dominick Kane is a product of his upbringing. He’s powerful, self-assured and knows he can achieve anything he desires. Nothing gets in his way. There is only one thing he has ever failed at. A relationship with his father Vincent Kane. Upon his father’s death, Dominick vows revenge. The events he sets in motion put him on a collision course he himself will be unable to control.In a bizarre twist of fate, Dominick kidnaps Raven as part of his plan for revenge. Only to discover afterward, he has taken Rain by mistake. Rain knows she can never survive being confined again. So she strikes a bargain with the devil and agrees to help Dominick get back what he feels rightly belongs to him. His father’s share of Kane & Medici.Dominick decides to use the strong attraction growing between Rain and himself to control her in every way imaginable. Too bad no one ever taught Dominick you can’t control the heart. Nothing could have prepared him for the effect Rain would have on his. Will this plan of revenge turn into unconditional love? Or will Dominick and Rain’s need for control ultimately destroy them and any possibly chance for a real future together.......

REVIEW: I had the honor to help reveal the cover for this book just a few weeks ago and now I am once again honored to be writing the review for said book.

Let me just say...I LOVED THIS BOOK. For a debut novel, Cleo really breaks the barrier into the world of authors with a fabulous first read. For a first time author I didn't really know what to expect, but Cleo exceeded all my expectations and more!

Miss Taken captures your attention from the first page until the very end and even then all you want to do is keep reading. The characters are well thought out and the dynamics are great.

Rain Medici, twin of Raven, is kidnapped in a bizarre care of mistaken identity and revenge by Dominick Kane, the son of their father's late business partner. Rain, although feisty and strong willed is a survivor of parental confinement. Therefore she knows she cannot be locked up for long. So what does Rain do? Strikes a deal with Dominick Kane, the man who has not only kidnapped her and held her against her will, but also who she is strongly attracted to.

Dominick is also fighting his growing attraction to Rain. Although he has kidnapped the wrong girl and his plan has gone semi awry, he decides to roll with the punches, so to speak, and use that very same attraction to his advantage and seduce her.

The chemistry between Rain and Dominick is undeniable but neither of them are prepared for is the fact that the heart wants who it wants and sometimes falling in love is uncontrollable. Who could ever imagine a man with a vendetta and the woman he has kidnapped falling in love?

Cleo's book is full of surprises, twists, and turns and keeps you on your toes throughout the entire book. I can't wait for book two!!

**Miss Taken ARC was provided by the author in exchange for an honest review.
at September 25, 2013