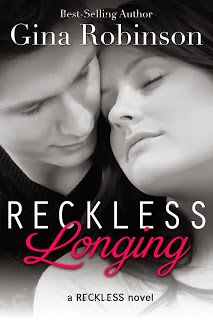 SYNOPSIS: Ellie Martin hates her beautiful, man-crazy mother. Her mother’s wild and wanton behavior has left Ellie with a deep longing. To escape. To belong. To know who her real dad is. To really be loved. Her mother finally crosses a line thatsends Ellie running, escaping to college with one, focused goal–to find and confront her bio dad, who doesn’t even know she exists. Then she meets Logan. Hot, charming, and troubled. He turns her world upside down and puts all her plans in jeopardy.
Logan Walker is hiding a shameful and painful secret. One that nearly cost him everything. When he meets the beautiful and mysterious Ellie at a Week of Welcome event, something inside him awakens and he finds himself drawn to her.But the attraction they both feel for each other is as delicate as the web of secrets they each hide behind. And as the truths are revealed, their reckless longing may not survive the fallout. 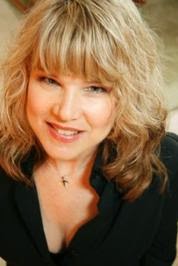 The Inspiration for Reckless Longing

Reckless Longing is my first new adult romance. I had a blast writing it. I love romance, mystery, and suspense and write historical and contemporary romance as well. But I'm best known for my funny romantic suspense novels about spies. Readers always want to know where I come up with my zany ideas. My husband, who's always my first reader, knows where I get my ideas and recognizes things from our lives when he reads my books. I'll often hear him laughing at something when he's reading one of my manuscripts for the first time. And, of course, he's supposed to be laughing at my funny spy romances, but many times I'll catch him laughing during the serious parts. When I accuse him of this egregious sin, he shrugs it off saying he sees the inspiration behind the scene. To him, it's an inside joke. So the short answer to where I get my ideas is—from everyday life and everywhere. But for Reckless Longing, I have a specific answer.

This spring I did a book signing on campus at the student bookstore at my alma mater during Mom's Weekend. Moms and daughters and moms and sons crowded the campus. Lots of moms and daughters, and a few brave sons humoring their moms, wore matching Mom's Weekend sweatshirts or T-shirts. Most moms looked, for lack of a better word, momly. But as I took a walking tour of campus, I encountered a different kind of mom—the mom who thought she was still a hot college coed herself and was clearly in competition with her own daughter for the guys' attention. An interesting aside—I've heard that more condoms and beer are sold during Mom's Weekend than any other weekend.

I remember clearly standing at the edge of Greek Row. Even though it was April, the temperature was only thirty-nine degrees with a stiff icy wind and blowing snow. I was bundled in a coat, gloves, and sweatshirt. But walking down Greek Row on three-inch stilettos in the middle of the afternoon were a matching mother and daughter pair. They were each wearing skintight black leather skirts, tight white blouses and cropped leather jackets. They had identical hairstyles of flowing brown hair that fell past their shoulders and their makeup was meticulously applied and geared toward clubbing. Both were clearly on the make. And the idea for Ellie and her man-crazy mother was born. A mother who will compete with her daughter for everything and try to hold onto her youth after it has long since slipped away.

So that was the seed, the story germ for the Reckless trilogy which kicks off with Reckless Longing. But there's much, much more to Ellie's story and romance with the hot, mysterious Logan Walker. Her relationship with her mom is only the catalyst that gets the story going. I hope you'll read the series to see where the story goes from there.

I love hearing from readers. You can connect with me on Facebook at https://www.facebook.com/GinaRobinsonAuthor
Or Twitter at https://twitter.com/ginamrobinson
If you'd like to know when the second book of the series, Reckless Secrets, will be available, you can sign up for my new release newsletter either on Facebook or on the homepage of my website, http://ginarobinson.com.
Happy Reading!
Gina

EXCERPT: The evening was going about as well as I expected. How likely is it in any given mating-game situation that the wingman will fall for the girl's moral support sidekick? In this case, given my mindset, the odds were exactly zero. With the pounding music, even trying to make idle conversation was pointless.


We got our subs and energy drinks and found an empty patch of lawn to sit on. Bre cooed to Dan. Jake and I were awkward and ate mostly in silence. My gaze landed on an Up All Night sign advertising the events of the evening.
PRECISION PIERCING. SPECIALS—TONIGHT ONLY! HALF OFF THE USUAL PRICE. BELLYBUTTON, EARS, CARTILAGE, AND NOSES ONLY.
My heart pounded in my ears. I'd read enough. I knew what I wanted, what I had wanted for a couple of years now but was too rebellious to do—pierce my navel. To understand how not piercing my bellybutton is rebellious, you have to know my mom. It was what she wanted me to do, so it was exactly what I refused to do. But now I didn't care what she thought. I could pierce or not pierce at my pleasure. I was of age and didn't need her permission. She'd never know unless I wanted her to. And even then, she wouldn't be around to gloat and enjoy her triumph.
Anyway, that wasn't the way I saw it. Doing what I wanted without regard to her was my victory. I looked around at the party atmosphere that I should have been enjoying and found myself almost smiling.
Dan and Jake wolfed down their sandwiches and were ready to party. Bre wrapped the remains of hers, ready to toss it so she could get on with the evening. I'd barely touched mine, but that wasn't unusual. Since the breakup I'd lost my appetite for just about everything in life and ten pounds along with it. And I hadn't been overweight to begin with.
Dan offered Bre a hand up. "Dance or take in the magic show?"
"Dance!" Bre laughed and took his arm, smiling up at him coyly.
"Body piercing!" I said in unison with Bre as I stood and dusted the grass off my butt.
Three pairs of eyes turned on me. I kept smiling. "What? It'll be fun. It's not something you do every day. What better way to remember the start of our illustrious college careers here than with a new piercing?"
I spoke boldly for someone who only had her ears pierced.
Beside me, Jake shook his head. "Guys don't get pierced. Not at Up All Night." He spoke like an expert.
I ignored him and appealed to Bre. She shook her head. "The line will be too long by now. We'll miss everything else. You can get pierced any time. I'll go with you whenever you want."
"But not for half price," I said.
"Ellie, come on." Bre's eyes begged me to be reasonable.
I waved her off. "You guys go ahead. I'm off to get my bellybutton pierced. I'll text you when I'm done and catch up with you later. Have fun!"
Without waiting for an answer, I spun and ran off through the crowd toward the SUB, feeling free and exhilarated for the first time all summer.
My exhilaration lasted as I wound through the crowded first floor of the SUB, following the signs to Precision Piercing's station. Up the stairs to the second floor toward the ballroom, right until I saw the long line and my courage failed.
Jake had been an ass about things, but he was right about one thing—there were no guys in line for piercing. Bre was right, too. There was a good chance I was already too late. Any minute they'd be shutting off the line, saying they'd reached their maximum.
I stood there, not quite in line, staring and debating with myself. I'd just ditched my roommate and she was going to be pissed about it, especially if I came back without another hole in my body. On the other hand, I could claim I'd been turned away because the line was too long and she'd have gloating rights for the rest of the semester. Maybe even the rest of the time we knew each other. At homecoming twenty years from now, I still wouldn't hear the end of it.
"You'd better get in line before it's too late."
It took me a second to realize the sexy male voice was speaking to me. Startled, I looked around for the source. What was a guy doing here, anyway?
When I found it, my heart did an odd little flip. Sitting on a bench with an instant icepack pressed to his right eye was a guy that was too gorgeous to be benched. How could I have missed him? He had a wicked smile calculated to make girls melt, and his left eye danced with amusement as he watched me. He sat with his legs spread wide, just inviting a girl to stand between them and coo condolences on his injury. Touch his cheek. Offer him any comfort he wanted. He looked dangerous with one eye covered and the way a lock of dark hair fell against the icepack. Yet sympathetic at the same time, like you just wanted to take care of him.
Even though he was sitting, it was obvious he was tall and athletically built beneath the T-shirt and shorts he wore. "Well?"
I blinked. "I'm thinking."
"The window of opportunity is closing." He stood and walked over to stand next to me, so close I could smell the delicious scent of his cologne.
"Yes," I said. "I know."
He ignored any sarcasm that had slipped into my tone. "What do you want to have pierced?"
"My bellybutton." I just blurted it out, wondering why this complete stranger inspired my confidence. And why he cared.
He nodded. "Good choice. Bellybutton rings are hot. Every woman should have one."

ABOUT THE AUTHOR:
Gina Robinson loves a good love story and always has. She writes romance of all kinds--new adult, contemporary romance, historical romance, and romantic suspense.Currently she's best known for her Agent Ex series-- contemporary romance featuring sexy spies and plenty of adventure and humor. License to Love, the latest book in the series is available now.She lives in the Pacific Northwest with her husband and children.