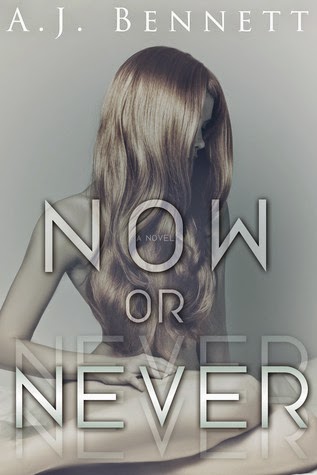 Twenty-one year old Grayson Alexander finally breaks away from an abusive relationship and finds herself free for the first time in three years.
Determined to enjoy her new-found freedom, Grayson is intent on sticking with 'no strings attached' relationships—one-night stands, and steamy sex.
But she didn't plan on Derrick.
Her attraction to the sexy man in uniform quickly turns into an unhealthy relationship. They both try to resist the pull, but neither can stay away.
When tragedy strikes, Grayson realizes it's now or never—walk away or make it work.


My Review: Fleeing from an abusive relationship, Grayson finds herself heading towards her family and leaving her ex in the dust. One random stop and one random meeting with a stranger turns into something Grayson never could have imagined when she walked into a coffee shop.
Enjoying being single and free, Grayson takes a page out of her sister's book and looks for unattached, unemotional hook-ups. Propositioning her brother's friend and brother in arms may not be Grayson's best idea, but she just can't seem to stop herself.
Now and Never is a good book that brings many different topics - abuse, wounded at war, survivor's guilt - together to show the strength of the survivor whether from abuse or from war wounds - emotional and physical.
Grayson and Derrick are both fighters and both are survivors. They bring out the best in one another and in Grayson's case, sometimes the worse.
I loved the plot and the determination and strength of each character but with that being said sometimes Grayson ticked me off. She was coming out of an abusive relationship and it's understandable to want to explore freedom after so long but at times I think Grayson took things a little too far and threw things in Derrick's face a little too much. Not being exclusive Derrick was able to see other people and sometimes he occasionally slept with one other person whereas when Grayson wanted to get a rise out of him she just picked someone for the night. I just didn't agree with her behavior or her attitude at times, but her life, her business. I honestly wouldn't of had that much of a problem with it except for the fact it was mostly to get a rise out of Derrick and seemed a bit immature and petty.
Now or Never's writing is good, the characters are interesting and unique in their own ways and I'm looking forward to reading the next book, featuring Grayson's sister as the main character.
I give Now or Never FOUR STARS :)
at September 10, 2014