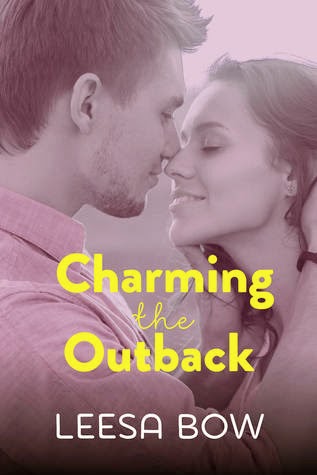 Synopsis:
When jaded city girl Maddy McIntyre packs up and leaves Adelaide for a new job in the country, it’s not only a chance at a fresh start. Six months ago, the first guy she’d ever loved shattered her heart before moving home to Broken Hill. Deep down inside, Maddy is hoping that living in the same town will give her an opportunity to prove to Luke that she’s one temptation he can’t resist.
But when she arrives in Broken Hill, Luke White is not the same guy she knew in the city. And it soon seems very clear that he doesn’t want her there. Although Maddy settles in quickly, excelling at work and partying with her new friends, she can’t understand why Luke is remaining so distant. Particularly when all her instincts are telling her that they’re meant to be together – and that he feels the same burning attraction.
As Maddy learns more about Luke’s family and background, she begins to understand that his mixed messages are caused by balancing what’s expected of him with what he really wants. Maddy gave Luke her heart long ago and, despite their differences, she knows she’ll only ever be happy with her hot country boy. But how can she convince him that she’s the risk he needs to take?

We met with the real estate agent to pick up the keys to my new rental property and found the fully furnished house without much trouble. It had character, not the standard brick, rendered or Tudor-style home often seen in the city; at a guess, it looked over one hundred years old. A black, bull-nosed verandah ran the length of the cream single frontage. Inside, we found a long hallway with doors on the left leading to rooms. The first two doors were bedrooms and the third was the living room, featuring a red modular lounge. The hallway continued to the kitchen, where the house expanded: there was another bedroom, the bathroom, a laundry and the back door.
Aubree helped me to unload the car. After carrying the luggage inside, we headed out to a shopping centre for essential groceries. We sorted and reorganised the kitchen, then I unpacked my suitcases. Next, Aubree suggested we check out the backyard. She opened the back door and my jaw dropped. A pergola overlooked an inground pool, with palms bordering the long fence line. The entertaining area included a pull-down screen attached to a beam for movies, for use, I imagined, while swimming in the pool or just lazing around. Images flashed into my head of pool parties with new friends.
'This is pretty cool.'
Not sure if the forty-five degree heat had affected my grey matter, I turned to Aubree and said, 'Last one in has to buy a bottle of Pinot.' I then sprinted to the pool and jumped in. Aubree made a splash behind me. When we surfaced, we erupted into giggles.
We pulled ourselves out of the water and flopped onto the poolside lounges, not worrying about towels, knowing we'd dry quickly in the country heat. My drenched clothes didn't concern me but when I glanced at Aubree's yellow dress I momentarily panicked, thinking the chlorine would damage its delicate material.
'Your dress?' I said in a high voice.
She shrugged. 'Don't worry, I'll hand wash it later. I needed that dip.'
I grinned at her. 'Doesn't change the fact you were last in, so you lose.'
We sat back on the lounges, shaded by an umbrella, and gazed at the sunburnt sky as the sun set. It was pretty darn amazing and unlike my backyard at home, I could see a whole lot of sky. Orange shades drowned into pink, with a splash of brilliant yellow colouring the horizon.
Aubree moaned. 'I love the relaxed feeling of sitting outside at twilight on a hot summer night. It reminds me of Hunter's holiday house in Victor.'
'Well, we're far from the beach here,' I added. 'But I heard there's a lake where the locals ski.'
Aubree turned to me. 'I really think you're going to like it here. I have a lot of faith in you, Mads.' 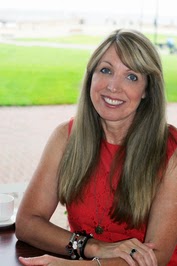 Leesa Bow grew up in Broken Hill and later worked as a nurse at the local hospital before moving to Adelaide in her early twenties. Leesa began writing seriously when her second daughter became sick with cancer. Initially writing was therapeutic, but when her daughter got the all clear, she decided to continue writing seriously.

On weekends Leesa enjoys reading, watching basketball and football, having beach days with the family, catching up with girlfriends, and daydreaming about strong heroines for her next book.