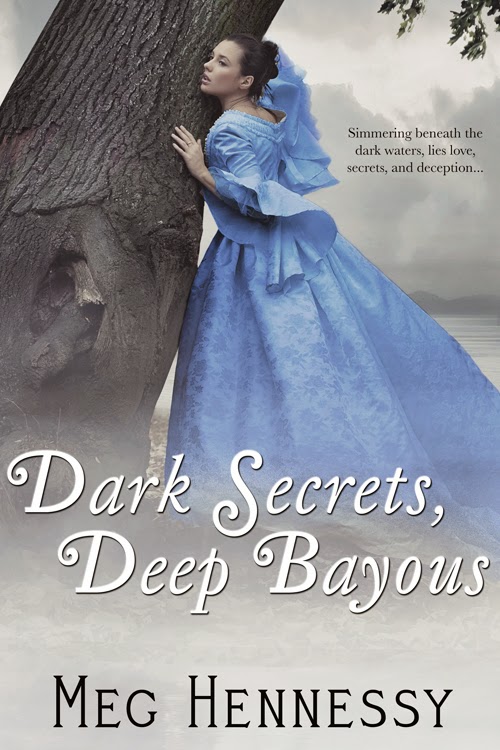 A love kindled behind two masks…
A wealthy woman of mixed blood, Aurélie Fentonot has few options for marriage, but she also carries a burden: she must break a curse placed on the land of her ancestors. She sells herself to an American planter to reclaim the land he stole, though he stirs a deep, burning passion that could too easily distract her. But her American has dark secrets that threaten her plans…and could shatter her heart.
A curse that demands their unmasking…
Jordan Kincaid must marry the Creole beauty or face arrest as a pirate before he completes his dire mission. Though he’ll risk everything for revenge, Aurèlie’s soothing and seductive ways remind him there’s more to life than vengeance. But he’s not as he pretends and when danger closes in on them, Jordan soon learns…neither is she.

My Review: Aurélie Fentonot, a woman of mixed blood, but from a wealthy family, is arranged to marry Jordan Kincaid. Jordan's family is living on Aurélie's grandfather's land and she wants it back. To do so, she willingly marries Jordan in hopes that he will see sense and give her the land. What Aurélie never expected was to find herself attracted to her husband and slowly falling in love with him. Especially since he's a white man.

Jordan has been blackmailed by Aurélie's father to marry the beautiful Creole woman and if not her father will expose his secret. Needing to hold on to his secret identity in order to find his sister, Jordan marries Aurélie. Wanting to keep her untouched for when they go their separate ways, Jordan tries to resist the temptation that is Aurélie, but little by little she works her way into his heart.

Can Aurélie and Jordan stay together after she finds out the secret he keeps hidden or will she turn her back on him?

I've recently have gotten into reading historical romance, so when I read the blurb for this book I thought it sounded perfect for me. Who can resist dashing pirates, adventure, and romance? Dark Secrets, Deep Bayous was everything I hoped it would be and more.

Dark Secrets, Deep Bayous is set in Louisiana, near New Orleans and is one of many reasons I loved this book. Besides the setting the characters are wonderfully written with hidden layers and depth and all you want is to get to know more about them. Aurélie, for a Creole at that time, is strong, independent, and knows what she wants. Although she wants to marry for love, she marries Jordan anyways in hopes of preserving what is left of her late ancestor's land. Jordan is loyal and loving. Never wavering in his determination that his sister is alive and he will find her, Jordan searches the seas using his hidden identity: a pirate. Together these two tempt one another, but also bring out the best in one another.