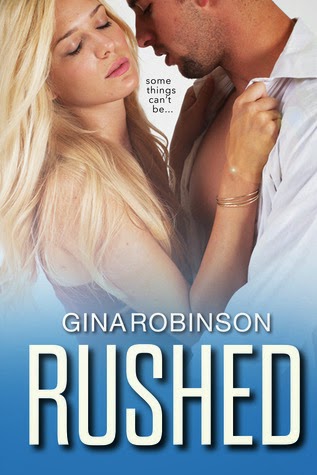 Alexis
Like there has ever been any doubt which sorority my family expects me to pledge. I'm a third-generation legacy. On the first day of rush, I realize I'm in trouble. I'm not like the other girls in the house. But as long as my parents control my college funds, resisting is futile. Until Zach, the live-in houseboy, who's quite possibly the hottest guy I will ever meet, serves me a cupcake and flashes me a sympathetic look. With one enigmatic smile, he flips my heart and my world upside down. My parents will cut me off if they even suspect I'm interested in a house guy. But I can't stay away from him. And so I pledge the house for all the wrong reasons.

Zach
Living in a sorority? I get flipped a load of crap about being a live-in servant, the help. Easy access to the hottest girls on campus? Not with the unbreakable rule—get caught with one of the girls and you're fired. Immediately. Lose this job and I can't afford college. I sure as hell can't ask my parents for help. They wish I'd never been born. Considering what I did, I don't blame them. I've learned to think of the girls like sisters. Until Alexis pledges the house. Now sister is the last thing on my mind.

This is a contemporary romance with mature themes, language, and situations. Readers should be over 17! If you enjoyed Gina Robinson's Reckless Series, you'll love Rushed. Rushed takes place at the same university during the same academic year. Just on the other side of campus, the Greek side. You'll recognize some of the campus events and a favorite Reckless character makes a cameo appearance.

MY REVIEW: Her parents always expected more for her. His parents never expected him to do much with himself. But together the two of them may just break the expectations set upon them and find real love.

Alexis is a generational sorority girl. She's been groomed to join Delta Delta Psi, her mother's old sorority, and even though she doesn't feel like it is the house for her, Alexis knows it's what is expected of her. What isn't expected is for her to fall head over heels with the house boy. Especially when said house boy is off limits according to house rules.

Zach has spent years atoning for something that he couldn't be blamed for, and yet he still blames himself. He has become a brother to all the girls in the house and has found some peace in that. The girls have become his family over ther years since his own family doesn't want much to do with him. When Alexis sweeps into his life during Rush week he knows better than to get involved and yet there's something about her that keeps drawing him in.

Rush is a story of hope & redemption, love & friendship.

I loved Zach. There was just something about him that made him this wonderfully awesome lead male. Handsome, sweet, responsible and a hard worker, Zach is the perfect man.

As for Alexis, I did like her too. I thought she was a sweet girl, but seemed a little lost and afraid to break out of her mother's shadow or to do something against her parents due to her mother's struggle to have Alexis.

I felt that Zach and Alexis were a perfect match for one another though. Zach keeps Alexis from always doing what is expected and makes her feel freer to make her own decisions while in return Alexis helps soothe Zach's soul and heal his heart.

Rushed was a fun read full of college mishaps and adventures. The book is light-hearted and an easy read. I read Rushed in just a few hours, myself. I will definitely be checking out Gina Robinson's Reckless series in the near future!

*I receive Rushed by Gina Robinson in exchange for an honest review.
at July 30, 2014