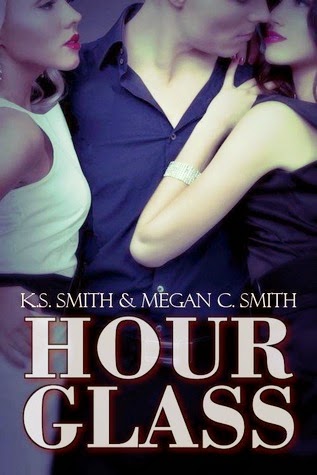 Synopsis: Best friends since birth, Brooke Reid and Savannah Prescott, spend their days working together at top fashion magazine Hourglass, while enjoying all that the Denver nightlife has to offer – but sharing a man – no way.
One of Denver’s most eligible bachelors, Luke Wellington, can have any woman he wants and he knows it. Putting his player skills to the test, he destroys a friendship and makes two women fall in love with him as he sits back and enjoys the best of both worlds. Brooke Reid is a woman looking for her happily ever after, and the day she literally ran in to him, she thought she’d found it. Charming, charismatic, a true gentleman – what more could she ask for? Things are going perfectly until her best friend struts in the elevator and claimed his lips right in front of her. Savannah Prescott is interested in one thing, having a good time with every single man Denver has to offer. Being tied down is too much of a bore for her free spirited ways. Or so she thinks, but when her best friend starts dating her Friday night fling, she realizes she may be ready to turn in her game card and settle down into a real relationship. When both girls come to the realization that they are after the same man, it means all-out war. Best friends until the end, or at least until him.

My Review:
Savannah & Brooke have been best friends for as long as they can remember. Nothing could tear them apart. Nothing that is except Luke Wellington.

Smooth talking, handsome Luke Wellington wants the best of both worlds: the sex with Savannah that has been his regular Friday night hook-up for awhile and the sweetness and relationship that Brooke can offer. Them being best friends is an obstacles but it makes the game that much better for him.

But what will happen when Savannah and Brooke figure out Luke's game and join forces to turn the tables on Luke? Can their friendship ever be mended after the damage Luke has caused?

Hourglass is perfection! I loved the duel point of views from both Brooke and Savannah which gives us both of their perspectives, thoughts and feelings. Both characters were well written with complimentary, yet differing personalities.

Luke of course was a player, liar and all about sleeze but everything about him made the book come together and really sell it.

There was definitely some parts I thought were hilarious (gynocologist, anyone?) along with the girl's payback that struck at Luke's core and had him on edge. I would never want to mess with these two!

This is the first book I have read written by more than one author and I can say with 100% honesty I loved the book. I hope to see these two authors join forces more in the future.

*I received a complimentary copy of this book in exchange for an honest review.
at July 05, 2014