A Light in Dark Places In December, 2009, Susan Cox Powell was reported missing from her home in West Valley City, Utah. As law enforcement tried to piece together what had happened to Susan, her husband, Josh Powell, became the only person of interest in the case. For Jennifer Graves, Josh’s sister, the nightmare started long before Susan’s disappearance. From her experiences growing up in the Powell family to the terrifying moment when she first started to believe her brother was a killer, she relied on her faith to stay strong. She devoted herself to the safety of Susan’s boys, Charlie and Braden, whom she hoped to be able to raise as her own. When the boys were murdered by their father in February, 2012, Jennifer was more than devastated, but she had to believe there was a reason for it all—including the deaths of her beloved nephews. In A Light In Dark Places, Jennifer shares her struggles and her triumphs. In coming to terms with such tragedy she finally was able to embrace the truth that we all have the power to choose our own path—and there is always hope, no matter how dark things may seem.

Excerpt: This excerpt was when my dad was arrested- but not for Susan’s disappearance.

The phone rang at midnight on September 22, 2011. I shot up in bed, my heart pounding. Who would be calling at this hour? Unless—
I grabbed the phone. It was Chuck. Maybe this was it. “Hello?”
“Hi, sorry to call so late, but I thought you’d want to know. Your dad has been arrested.” Not Josh?
“My dad?” I’d always expected he would be arrested, but along with Josh, not instead of him. Kirk looked over at me with questioning eyes, and I waved at him to be patient.
“It was for voyeurism and child pornography. The boys have been removed from the home.”
My groggy brain fought to take it in. My stomach churned at the mention of the charges, but the other, glorious fact outshined that darkness.
“Kirk, the boys are out of that house!” I stage whispered. It was hard to keep my voice quiet, to not wake the kids.
Chuck went on to explain that the boys were in foster care until the court could sort things out. My mind was spinning. Were they frightened? Did they know what was happening? I ached for the fear and uncertainty they must be experiencing, yet I knew they were safe. That kind of emergency foster care meant that Josh wouldn’t even know where to find them. He couldn’t get to them now. And soon, they would be under their grandparents’ protective care.
I tried to listen as Chuck described what he knew of the arrest, but inside, I was jumping up and down for joy. Kirk took over the call and relayed bits of information back to me.
“They found stuff in your dad’s house—photos of girls. Chuck doesn’t know the details. The actual charges are unrelated to Susan’s disappearance.”
That was a disappointment. But I couldn’t let it keep me down for long. Surely, this would bring a break in the case. And regardless of what happened there, the boys were safe.
Chuck promised to keep us up to date with any developments, and we hung up. Sleep was elusive then. How could I sleep? It appeared that something real was going to happen after almost two years of waiting.
Over the next few days, we were on pins and needles, eager for any bit of new information. Though I usually avoided watching the news, I started combing through it, looking for details.
As the case unfolded, the child porn charges were dropped, and the focus became the voyeurism. My dad had allegedly been taking photos of his little next-door neighbors while they bathed and used the restroom—all through the blinds over his windows and theirs.
Every time I thought about that, my stomach would churn again. It was another stark reminder of how sick he was, how far he’d sunk.
Another detail came out then that stunned the world, though it didn’t surprise me a bit. There were hundreds of pictures found of Susan in my dad’s things. Many of them were of her in various states of undress, and they were obviously taken without her knowing. Others were close-ups of her buttocks, legs, or breasts. She was fully dressed in these pictures, and, again, it was clear she had no knowledge of his presence. It was physical evidence of his obsession with her.
How guilty this made him look! Of course, the investigators had been seeing the hints of this obsession for months. But now, the media got wind of it, and it started to bring up all sorts of questions. They were the same questions I’d asked myself from the beginning. How much of Susan’s disappearance was just Josh? What did my dad have to do with it? I didn’t know for sure, but that suspicion of his involvement had been there all along, and now others were asking the same questions.
In the meantime, all we could do was watch and wait to hear what was happening with the boys.
A couple days later as I was doing laundry, I caught myself humming happily. The sound was so foreign that it stopped me in my tracks. I put the laundry basket down and leaned against the wall. When was the last time I’d been happy enough to hum like that? I couldn’t even remember. Had it really been since before Susan’s disappearance? Suddenly, I realized what a burden had been lifted. Knowing the boys were out of that house had changed me. My shoulders were straighter. I was smiling. And humming. I closed my eyes and offered a silent prayer of gratitude.
“Thank you for getting the boys to safety.”
I picked up the laundry basket and carried it upstairs. I felt fifty pounds lighter.
It was amazing what hope could do.

Praise for A Light in Dark Places I just finished reading "A Light in Dark Places" By Jennifer Graves and Emily Gray Clawson. I was impressed with how well written the book was. The descriptions are such that I felt I was part of the story. I was grateful that the message was one of hope and peace in tragedy. The book does tell the tale of Susan Powell, her boys and their demise but doesn't dwell on it. It was nice to see inside the life experiences of someone so close to them and to see things from Jennifer's perspective rather than what you see on the media. I highly recommend this book. It doesn't disappoint! – T. Hyde I love true accounts of people overcoming challenges and helping others with the lessons learned from them. This story of Jennifer's experiences throughout her abusive childhood, and later the disappearance of Susan and the murder of her two sweet nephews is just that. She shares how she felt God's hand in her life, guiding her to make better choices than the rest of her family did. Though the book had so many sad details, it ended with hope, courage and love. ~D. Raymond I had followed the story of Susan Powell very closely so I wasn't sure if the book was going to tell me something I didn't already know...but it sure did. Jennifer was very brave in writing this book and all she had done in support for Susan. I highly recommend the book it sheds a light on the whole situation that helps make things more clear. ~ Carolyn This was a very informative read. I lived in Utah at the time of Susan's disappearance and followed the news every day. This book answered many questions that the news did not. Although it was very sad and I already knew the outcome it was a good read. I admire Jennifer for her part in the whole story and I am glad she had the fortitude to write this book to honor her sister in law. ~Katie O. To finally read about details that were never shared brought closure for me about this insidious crime. While the book was an easy read, the message shared about breaking the cycle of abusive relationships is invaluable. It truly does take someone removing themselves from their abusive family's presence to stop the cycle. Praises to the author for sharing her perspectives. ~Arlene 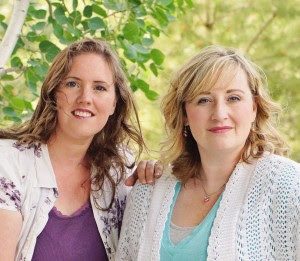 Jennifer Graves is the mother of 5 beautiful children, 2 girls and 3 boys. She and her husband have been happily married for 19 years and together have been active in their community and church. Jennifer is the sister of Josh Powell who killed his 2 sons, Charlie and Braden, as well as himself in February of 2012, and is also believed to have killed his wife, Susan Cox Powell, in December of 2009. She is the recipient of the 2013 ChainBreaker of the year Award, given for breaking the chain of abuse and violence in her family. She enjoys homeschooling their children and mentoring in classes for the commonwealth school they attend. She also loves reading, playing card and board games, and learning new things. Most of all she loves to spend time with her husband and children. They currently reside in West Jordan, UT.

Blog * Facebook
♦ ♦ ♦
Emily Clawson is an author, a mother and a mentor. She traditionally writes inspirational fiction. This book has been a life changing experience for her and she is grateful to have been a part of telling this story. She resides in Taylorsville with her husband and four children where they run their leadership mentoring programs for youth.

Tour Giveaway $25 Amazon Gift Card or Paypal Cash Ends 11/21/13 Open only to those who can legally enter, receive and use an Amazon.com Gift Code or Paypal Cash. Winning Entry will be verified prior to prize being awarded. No purchase necessary. You must be 18 or older to enter or have your parent enter for you. The winner will be chosen by rafflecopter and announced here as well as emailed and will have 48 hours to respond or a new winner will be chosen. This giveaway is in no way associated with Facebook, Twitter, Rafflecopter or any other entity unless otherwise specified. The number of eligible entries received determines the odds of winning. Giveaway was organized by Kathy from I Am A Reader, Not A Writer and sponsored by the author. VOID WHERE PROHIBITED BY LAW. a Rafflecopter giveaway