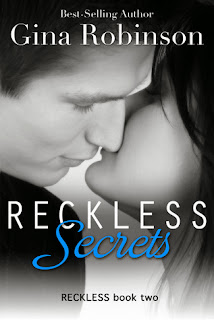 At nineteen, Ellie Martin is finally happy. Deliriously, delightfully, delectably happy. Her junior year in college, while not without some major issues, is turning out better than she ever dreamed. She’s finally found closure to a question that has bothered her for as long as she can remember. She’s even been able to put some serious distance between herself and her twisted mother. Best of all, she’s in love with the hot, handsome, and mysterious Logan Walker.

If only she could share with Logan the one thing she must keep secret. The one relationship that, if he finds out about it, will blow  apart everything that brings her happiness.

Even as Ellie and Logan learn to open up to each other, even as they get closer than they’ve ever gotten to anyone else before, the reckless secrets they’re holding on to may just be the thread that unravels everything.

Excerpt: My bitch of a mother has kept a secret for nineteen years. A secret from me that I should have known from the very beginning, even before I was conscious of what it meant. A secret from my father. From my grandparents. From everyone. A secret that had blossomed over the years to such epic proportions that it now threatened my very happiness. Everything good in my life was hanging on one delicate silver strand of a web of deception. While I dangled helplessly at the end of it like a spider in the wind. At the mercy of fate and the truth.

If I had known the truth, my life would have been different. Would it have been better? There was no way to know. In any case, I wouldn't have been here, fighting for the love of my life against increasingly mounting odds.

I balled my fist and pounded the concrete step I sat on in front of my dorm, huddling against not just the cold air, but raw, cold, staggering emotion. My selfish, ultra-competitive mom had kept me from joy and a happy childhood. And dragged me through her three miserable marriages and countless other horrid relationships. Through three mostly bastards of stepdads and no real dad. Certainly no loving dad. I was no one's little princess.

All the while Mom played the evil queen to my Snow White, always striving to prove she was the fairest of them all. Fairer than I was, in any case. But then, I hadn't tried. I had never wanted to compete with her. So I made myself plain and invisible.

But a one-sided competition didn't stop her. She went after my boyfriend. Slept with him. Destroyed the best of her three marriages when my latest stepdad and I walked in on Mom and Austin making the sign of the two-humped whale on Mom's living room sofa. That was a sight I still couldn't fully get out of my mind.

Her ultimate betrayal sent me running to unravel her secret—who was my biological father? Why had she refused, all these years, to tell me, or anyone, who he was?

I had been hoping I had at least one biological parent who wasn't a complete skank. I just hadn't known tearing apart the deception would be like unleashing the evils of Pandora's box.
Now, like Pandora, all I had left was a sense of hope, and even that was ebbing.

I wondered—without her lie, would I have ended up in this same spot, here at the same university? Would I be the person I am? Would I have met Logan? And fallen in love with him? 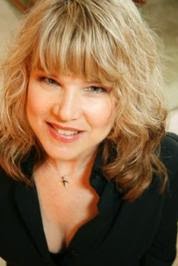 AUTHOR BIO:
Gina Robinson loves humor, romance, suspense, and spies. Not necessarily in that order. Her latest toy is a video spy pen. She plans on putting her engineering degree to good use by building a tasar out of a disposable camera using the instructions and schematics from The Evil Genius series. Fair warning--she hasn't held a soldering iron in quite a few years.

She writes contemporary romance featuring sexy spies and plenty of adventure and humor. The Spy Who Left Me, the first book in her new Agent Ex series, published by St. Martin's Press, is available now. Diamonds Are Truly Forever, the next book in the series, will be released on May 22, 2012.
Her first two novels are published by Zebra Books, Kensington Publishing.