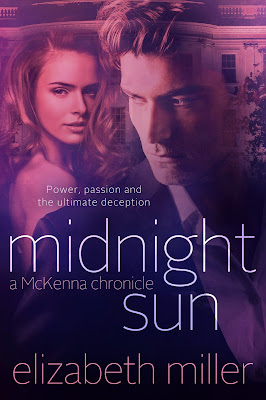 When sheltered journalist Charlie Carter first met the brooding and enigmatic presidential hopeful Colin McKenna, it ignited a passionate affair that set both their lives racing in a new, yet terrifying direction. Hunted by her past, Charlie was forced to face her fears and the stalker who could have ruined the future she barely hoped to have. Determined to lay history to rest, she overcame those obstacles to claim her spot next to the influential man she loves.

Now, with the presidential campaign behind them, Colin and Charlie have it all—power, passion and a love so true nothing could come between them. With the grandeur of the wedding approaching, Charlie is swallowed by the enormity of becoming American royalty. She knows living in the White House with all its scrutiny won’t be easy, but she’s secure with herself and with Colin.

Just when everything settles into a new normal, and it appears nothing can eclipse their bond, the unthinkable happens. Colin’s worst nightmare is brought to life. He must race to save the one woman who brought order to his world and a happiness he never thought possible. With history seeming to repeat itself, Colin fights to hold them together and prepare for a new life that could possibly be the end of Charlie's. 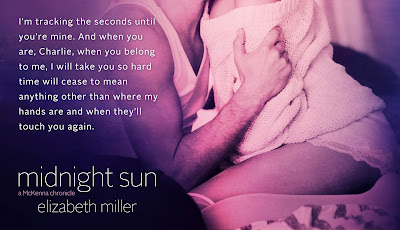 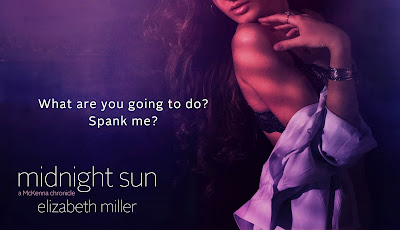 I try desperately to form a plan on how to seduce my husband. The first day it’s a lingerie fashion show after we go for a hike. I pull out the pieces I brought and go so far as to have a personal shopper in town bring me more. Nothing, no go—he’s stoic yet quite responsive to the barest of lace. My breasts are full, sensitive, darker at the tips, and I beg him to massage them. It’s equal parts pain and exquisite pleasure.

It’s cloudy and damp on day two. We work side by side in the kitchen to make dinner, vegetarian lasagna because meat isn’t sitting well with me. While it’s in the oven, I slip away to get dressed in a gown way too fancy for a weekday meal, but it’s sexy and clingy satin that plunges to my belly button.

I pass by his shoulder to whisper that I’m sans bra and panties. Steam may come out of his ears, but instead of throwing me down on the counter and having me for dinner, he turns me in a twirl. There is no music, only his voice as this time he sings to me. The tables are turned with his breath on my neck and his hands scraping down my back. I can feel every line of his body, the ridges of his chest and stomach, and the not-so-subtle signs of his own desire that has turned into a constant rubbing terror. Oh, for the love of all that’s holy. I’m burning up. He must see it in my eyes, as he swings us outside while the sky opens. We dance, or at this point sway, pressed together in the rain until we’re soaked and I’m putting on my own dirty show. It ends with a low dip and his tongue streaking down my chest. That’s it—nothing else.

The rest of our vacation is more of the same. He works a few hours each day and I play the guitar, singing until I’m hoarse. Hiking, swimming, golf—they’re all on the agenda. We’ve finished relentless bouts of Scrabble and Monopoly, but he always wins so I’m intent on victory with my own game.

Tuesday and every day thereafter, he tries to wear me out mentally and physically, so I bring out Cosmo and implement my tactics. I even leave the magazine open to the best articles, hoping that’s what we’ll read at naptime. I get significant use out of my highest heels—five-inch black platforms—with no clothes on, of course—eat a ton of bananas, and still face nothing but furtive looks and low grumbles.

Day twelve and I take on a new tactic—kissing. Oh, dear sweet baby Jesus, I love kissing Colin McKenna. And so I do. Every chance I get my tongue is in his mouth.

It’s a game between us. Who can make the other more desperate and needy? He stops me in the hall before lunch to grab me. A quick, passionate kiss leaves me breathless with delayed desire—a gift that keeps on giving. He moves on to do God-knows-what and I’m stuck against the wall, shifting restlessly for any kind of friction to alleviate the constant ache between my thighs. I start the laundry with an attitude and a huff, and then I stalk into the kitchen and jump him. Hands in his hair, I wrap my legs around his waist and kiss him until I’m on the verge of finding Shangri-La. But he pushes me away, mumbling something about me not being ready.

My response lies in our bedroom, drawer number two in the dresser to be exact, and it barely takes up space. The skimpiest bikini known to man looks good on me, really, really good. It’s white against my newfound tan with triangles that barely cover all my good parts, and I strut out to the pool. I walk by Colin with a cool air of confidence and a tap to his backside. When he retreats, I dive in the pool for relief. The man makes me hot.

When he arrives, sexy as sin in his own Lycra suit that hugs his glutes and quads, I start my backstroke and mumble about the weather, the trees, the sweet birds to steer my thoughts away from my husband. My husband, I want to scream. The man who must satisfy all my desires.

But when he starts critiquing my backstroke, arms behind his head, legs out and crossed at the ankle on a lounger, I can’t stop. I tell myself I should, but he’s so tempting, so distracting, I end my midday swim and leap at him. He catches me with a grunt and darkening eyes. Our mouths connect and the angels sing Hallelujah. Or maybe it’s me humming my praise. Straddling him, I claw my way up his bare chest, my nails scraping his skin now wet from mine, with the oh-so-thin fabric of our swimsuits as the only thing keeping his thing from sinking into my thing. I’ve lost track of where he ends and I begin. Is that my heartbeat or his? His groan or mine?

I don’t know how I could be more ready. The pool of natural resources collecting on his upper thigh is a sure indicator I’m well prepared and that is only a slight exaggeration. If he doesn’t touch me, really touch me, I’m going to self-combust. What kind of husband would let his wife expire from want?

His grip loosens and the pressure of his mouth fades. Oh, God. “Don’t slow down. No, please,” I beg, but he does, releasing the hold his teeth had on my bottom lip and rubbing his nose over mine, all the while his eyes stay stuck on my parted mouth. His expression is rigid, fighting for control in the flex of his jaw. I bite the tip of his finger when it nears my lips, then I suck on it, and get into a good, deep rhythm. 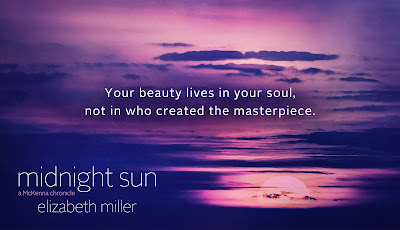 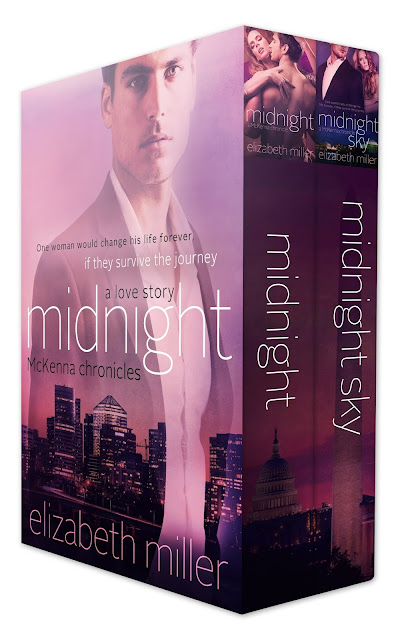 Men like him don't exist in the real world, but they do in Washington. Perfect smile. Perfect manners. Tall, broad and beautiful. The most powerful Senator in DC is seeking the White House. And he wants me to help him get there.

Me. Charlie Carter, sister, daughter, a pseudo-journalist from a small town with limited experience. He's a god among men. Colin McKenna isn't the boy next door—he's the lion ready to slaughter the lamb. I should run, bury myself under the years that have slipped by, but the new whirlwind of opportunity his offer holds entices the prey from her hiding spot.

I give in. And because we're both a little bit broken, we fall, and it's fast and hard and intense. But just as the campaign gets going, things start to fall apart. Someone is intent on breaking us. Not just breaking us up, but destroying our hope for a future. My secrets, his advisers, and the past conspire together, and it seems they'll succeed.

The Midnight Series is an intense, sexy romance with a dash of intrigue and loads of emotion from author Elizabeth Miller. This thrilling, complete series is at times laugh out loud funny, it sizzles between the sheets and drops one surprise after another. Midnight is not a political drama, nor does it delve deeply into politics. Prepare for an epic romance about two people with disparate lives trying to come together. It's for the 17+ crowd. 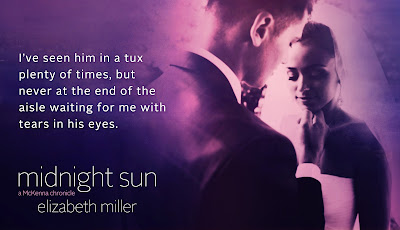