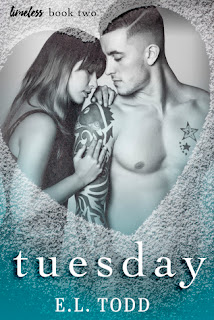 Getting over Hawke is the hardest thing I’ve ever had to do.I couldn’t breathe, sleep, or eat. Every day was more agonizing than the one that followed. But somehow, after two years of suffering, I finally got back on my feet.

And I moved on.Now I’m living in the city and running my own bakery. Life is good again. I’m surrounded by good friends that I love, and every day is even better than the last.Until everything changes.Now I have to face him after two years of silence. I have to look him in the eye and act like he has no effect on me. I have to hold my head high and pretend he didn’t shatter me into a million pieces.I have to act like he doesn’t mean a damn thing to me.Can I fool him? Can I fool myself?

The ending of Monday shattered my heart into little bitty pieces. Two years later we're picking up and Frankie is living her dream. She has her own bakery, a life in Manhattan and in a friends with benefits arrangement. Hawke broke her heart and it had taken her a long time to get over him and the pain.

However when Frankie's best friend gets engaged to Frankie's brother, Hawke and Frankie are thrust back into each other's lives for the wedding. While Hawke is still in love with Frankie, Frankie is too scared to get hurt by Hawke once again so she hides what she feels.

Can Frankie and Hawke ever find their way back to one another?

I really enjoyed Tuesday and seeing what would happen to Frankie and Hawke while reading more about Marie and Axel. Both couples are sure to steal your heart. Todd introduces a new character, Kyle, in Tuesday and I have a feeling that we will be seeing more of him to come. At least, I hope so since I've developed a soft spot for him. 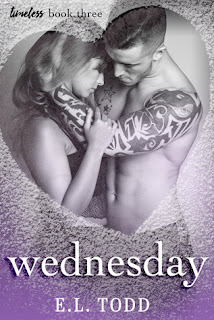 NEXT IN THE SERIES


It took me a long time to forgive Hawke—a very long time.

But now that I have, I feel nothing but unbridled joy. Everything is exactly as it should have been two years ago. He’s just what I need, and not just now, but forever.
Until disaster strikes.
We promised each other forever, but will Hawke honor that promise when his world comes crumbling down? When the ground cracks below his feet, will we still stand?
Or will we fall?
at May 19, 2016