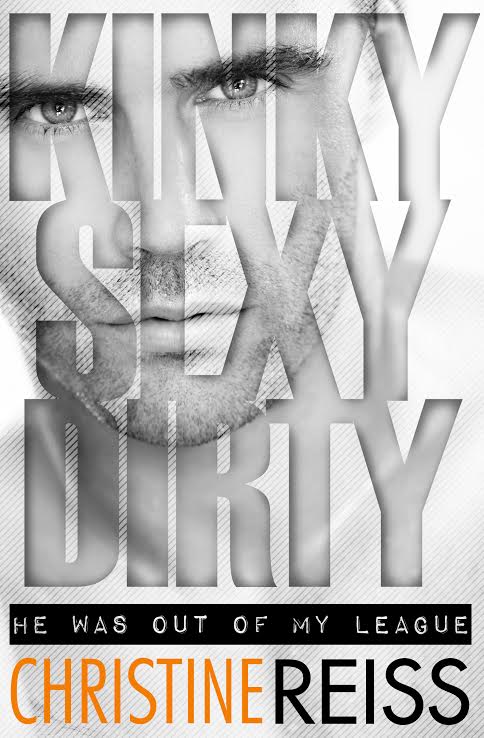 Cocky. Sexy. Charming. Out of my league.
That's Dash Wallace. A toe-curling, sheet-ripping mistake waiting to happen.
It would be helpful if he'd stop moving with the grace of a hungry cat. Or staring at me with his thumb stroking the stitches of his World Series ball. We're talking about the game but all I can think about is how much of my body he can cover with those hands. It's keeping me from concentrating on what his lips are saying.
Which is dirty. All dirty. I have to gird my freaking loins against this guy. I'm determined to know his secrets and he seems determined to get into my pants.
Sleeping with him could ruin everything, and let's face it, I don't trust him enough to let him anywhere near me.

Smart. Witty. Direct. Sexy as a fastball low and
inside.
That's Vivian Foster. A real pistol with legs till Tuesday.
I can't get around her. She has a way of asking me one thing
and meaning another, which I'd manage fine if I could get my mind off all the
things I want to do to her. On the desk. In bed. With-a-feather-blindfolded-and-her-hands-tied-to-the-headboard kinds of things.
She doesn't trust me. Just like everyone else, she thinks I gambled against my own team.
She's wrong, and I'm going to prove it.


Author Note: You’re going to notice that the cover doesn’t say CD Reiss. It has a real first name, and it’s a name I’ve always been grateful to have.
I’ve discovered that The Submission Series is considered quite dark and scary to some readers. I didn’t realize that when I wrote it. I was just turning myself on. So, in the interests of making it easy for new readers to separate the lighter from the darker, I’ll be using a full first name on some of my new work.
CD Reiss will be the darker stuff. Everything from Submission to Perdition and what’s in between (and darker, if I have it in me).
I’m going to label lighter stuff with Christine Reiss. I missed Shuttergirl and it may be too late to change that. But going forward, any fun kink that doesn’t go into serious pain up to light, fun romance will be Christine Reiss. Kinky Sexy Dirty will straddle the line. Since it’s kinky without being as dark as Submission I think it’s a great place to start with the new pen name.
I’ll be promoting from the same accounts, same email lists, same everything. So fear not, this shouldn’t create confusion, only clarity.
If you want to find out about sales, new releases, giveaways, audiobooks – everything, sign up for my mailing list…http://cdreiss.com/cd-reiss-mailing-list-signup/

CD Reiss is a USA Today and Amazon bestseller. She still has to chop wood and carry water, which was buried in the fine print. Her lawyer is working it out with God but in the meantime, if you call and she doesn’t pick up, she’s at the well, hauling buckets.

Critics have dubbed the books “poetic,” “literary,” and “hauntingly atmospheric,” which is flattering enough for her to put it in a bio, but embarrassing enough for her not to tell her husband, or he might think she’s some sort of braggart who’s too good to give the toilets a once-over every couple of weeks or chop a cord of wood.

If you meet her in person, you should call her Christine.