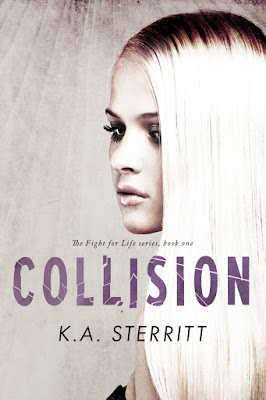 Their lives were destined to collide.

Juliette Salinger lives her life entirely on her mother’s terms. Everything from what she wears to who she dates is determined by what is deemed appropriate for their social standing.

Juliette isn’t cut out for that life. She lives for moments of reckless abandon to escape the crushing pressure of never being good enough.

Leo Ashlar appears to live his life entirely on his own terms. He’s a bartending bachelor and undefeated fight club champion.

He’s haunted by a tragic past and hides his demons even from those he loves.

When Juliette’s duplicit worlds collide with the handsome and untouchable Leo, both are impacted in ways they couldn’t foresee. Juliette’s life begins to unravel. Can Leo help her build a new one, or will his past be their ultimate demise? 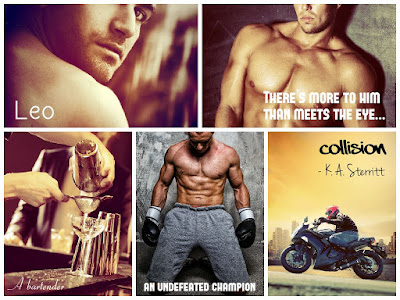 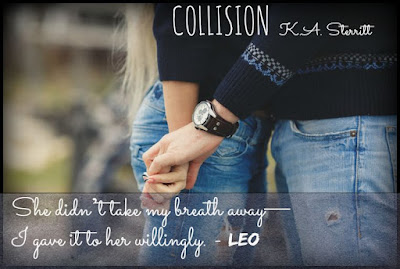 I rarely saw Richard on Friday nights as he socialised with his own colleagues, and I was ashamed about how happy that made me. We only really saw each other on weekends when we were attending a social function together. Any shameful feelings, however, were going to be forgotten when I planned to leave my colleagues at the bar sometime before midnight under the guise of heading home.

Instead, I’d get in a cab with adrenaline surging and go underground for what I hoped would be a blissful few hours. During those hours I wasn’t going to be twenty-five-year-old Juliette Salinger, daughter of social elite Isabel Fontaine and legal royalty John Salinger. I wasn’t going to be anyone’s puppet, hanging from strings I couldn’t seem to untie. I was just going to be Jules, and I thirsted for the blood spilling in front of me. Not like a vampire or anything paranormal. I’d studied plenty of fights on TV, and I simply craved the energy I gleaned from watching the pummelling impacts, the uppercuts, the right hooks and the sublime confrontation of man against man. In my mind, I preempted every move the fighters made and cringed when they deviated. It would invariably end in them knocked out, unconscious or comatose. Illegal fight nights were a whole new level, and I had a feeling I was going to be counting the hours, the minutes and the seconds between each one. 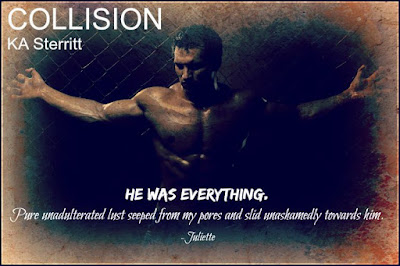 K.A. Sterrritt was born and raised in Australia. With a passion for reading from a very young age, writing was a natural progression. She lives in Sydney with her husband and three sons. 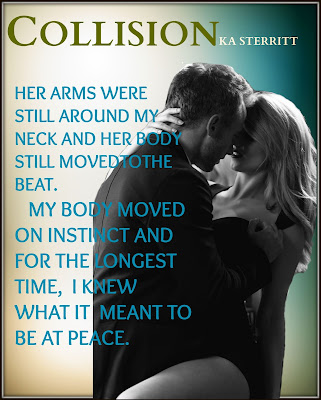