Promo & Pre-Order Contest: The Exhibitionist by Tara Sue Me 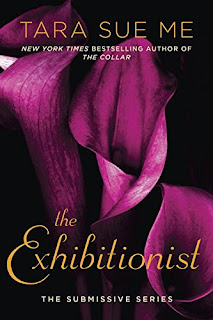 She's ready for even more.…
When Abby West discovered her submissive desires, she felt like she was born anew. But lately, her Dominant husband hasn't been the demanding Master who once fulfilled her every passion. Abby begins to crave something else—and to wonder if Nathaniel can still push her past her boundaries to the places she craves.
Nathaniel knows that Abby belongs to him completely, but even he can't ignore the pleasure on her face as they get to know their new BDSM group. They've invited Nathaniel to guide their group to a new level, and he's promised to show them the way, even as he recommits to fulfilling his beautiful submissive wife's every desire. Only this time, uncovering her sexual limits may also expose their relationship to more conflict than it can withstand.…

Tara is so excited about the release of The Exhibitionist she’s giving away a BUNCH of stuff!
-Signed copies of The Submissive series
-Gift cards to Amazon/BN/iTunes (Your choice)
-Swag
-And a few other surprises

After you preorder your copy, go to this form and leave your information. Winners will be randomly selected between now and November 12th. 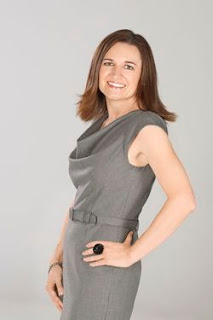 Tara Sue Me wrote her first novel at the age of twelve. It would be twenty years before she picked up her pen to write the second.
After completing several clean romances, she decided to try her hand at something spicier and started The Submissive. What began as a writing exercise quickly took on a life of its own. An avid reader of all types of fiction, she soon discovered she enjoyed writing a variety as well.
Tara lives in the Southeastern United States with her family, two dogs, and a cat.
http://tarasueme.com/
http://www.goodreads.com/author/show/5833418.Tara_Sue_Me
https://www.facebook.com/TaraSueMeBooks
https://twitter.com/tarasueme