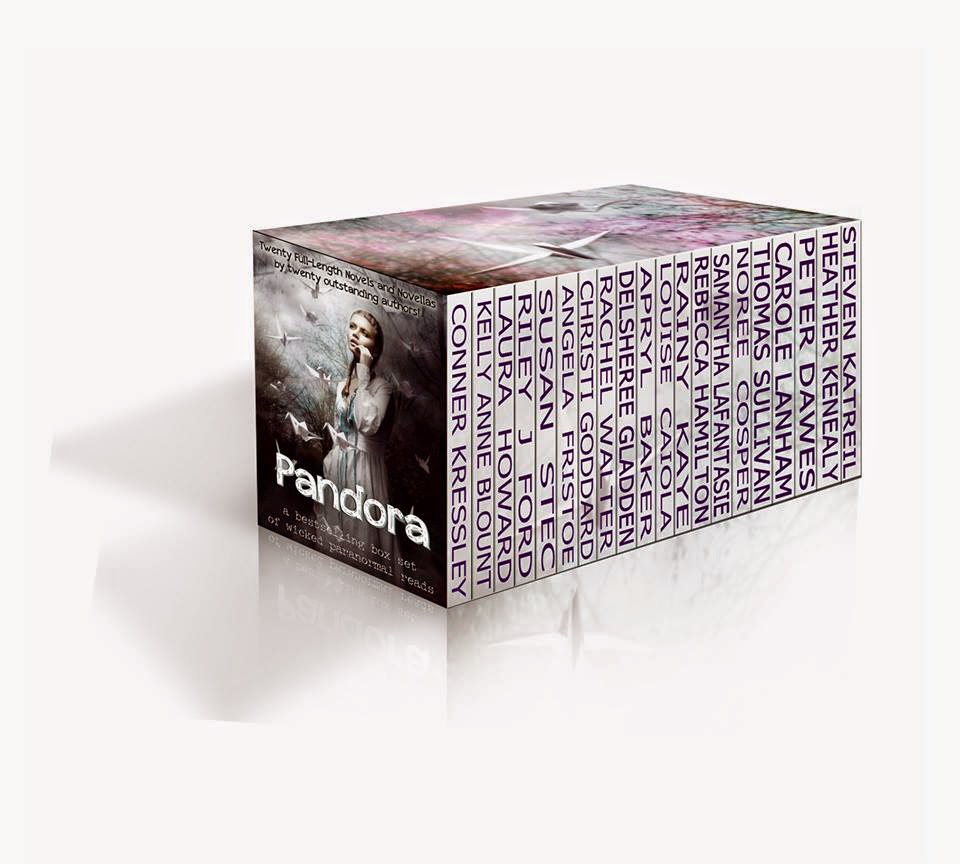 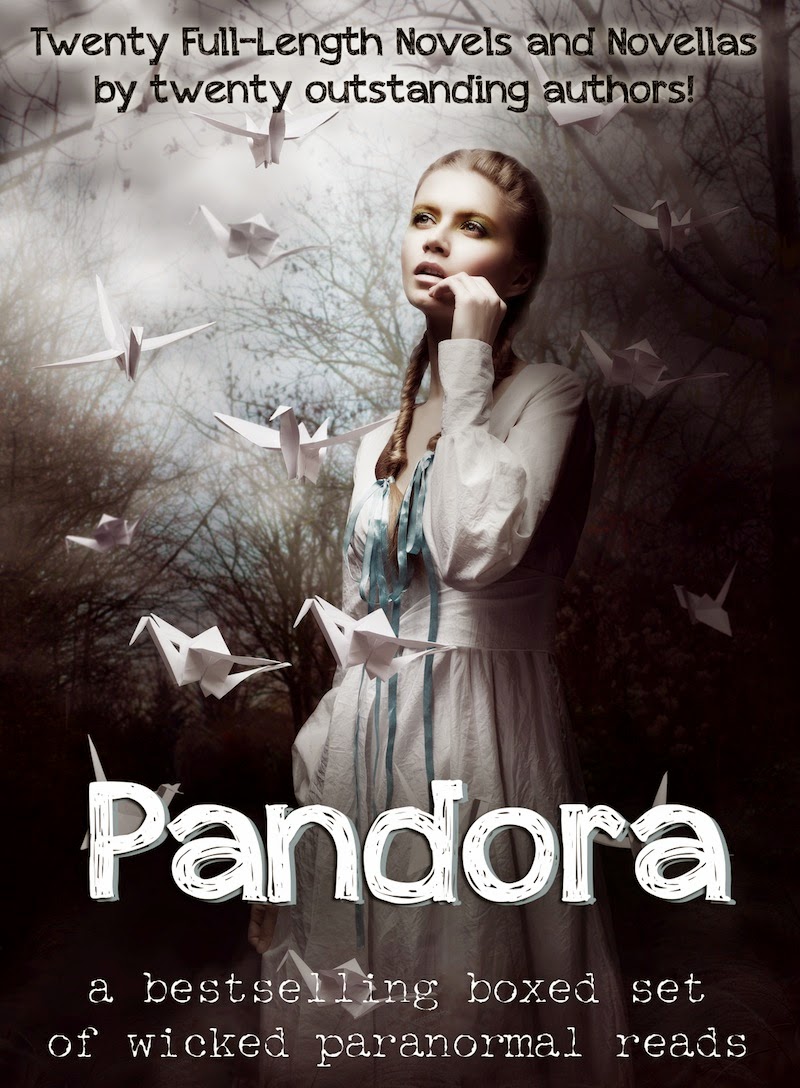 *TWENTY COMPLETE FULL-LENGTH NOVELS AND NOVELLAS FOR $0.99! NO CLIFFHANGERS!*

PANDORA, a best-selling boxed set of wicked paranormal reads, is brought to you by twenty exciting, best-selling, and award-winning authors!

Do you dare open the box?

Whether you love paranormal in the form of romance, suspense, mystery, horror, or fantasy, this boxed set will have something to entice your preternatural sensibilities. Supernaturally thrilling and engaging, this boxed set has it all: ghosts, vampires, mind-readers, shape-shifters, demons, faeries, werewolves, and more.

For a limited, you can enjoy books from today's New York Times, USA Today, Amazon and Barnes & Noble bestselling authors and many more. We have everything from titles that are slated for the big screen to stories from Pulitzer Prize and Bram Stoker Award Nominees! When purchased separately, these books cost over $50! But they are yours today for less than $1.

Professionally formatted, no cliffhangers, and no short stories. Every selection in this rare, limited edition paranormal boxed set are full-length novels and novellas! A few are "First in Series," but we carefully selected only those which can still be enjoyed as a standalone!

Riley J Ford, New York Times and USA Today Bestselling Author: INTO YOU
What if you could know exactly what your friends are thinking? High school student Winter Reynolds can, but there's a catch...
She can only read people's thoughts when she's kissing them.

Rebecca Hamilton, Amazon Best-Selling and Film-Optioned Novelist: HER SWEETEST DOWNFALL
Ophelia's initiation into the supernatural council won't be complete until she kills the man she loves.

Apryl Baker, Amazon Best-Selling and Film-Optioned Novelist: THE AWAKENING
Snap...crackle...pop. The sounds of bones breaking and shifting and of muscles tearing haunt Alexandria Reed.
Aided by her new friends, who have some dark secrets themselves, can she and Jason survive long enough to figure out the secret behind the secret?

Thomas Sullivan, Pulitzer Prize Nominee: THE WATER WOLF
A global quest by a cynical adventurer searching for links in a colossal subterranean network he has stumbled upon lead him from the ancient fortress at Cuzco, Peru, to the Pyramids of Giza to a dangerous churchyard in Connemara, Ireland, where he falls in love with a woman of more than mortal roots and encounters the strange magic of a small village.

Rainy Kaye, Amazon Best-Selling Author: SUMMONED
A dark twist on genie folklore, SUMMONED follows a reluctant criminal as he unravels the mystery of the paranormal bond controlling him.

Conner Kressley, Amazon Best-Selling Author: THE BREAKER'S CODE
Cresta's the kind of girl who thinks everything is the end of the world. Turns out, she might be right.

Laura Howard, Amazon Best-Selling Author: THE FORGOTTEN ONES
Truths have a way of revealing themselves. Secrets will eventually surface. And Allison must learn to set aside her plan and work with her father if there is even a small chance it could restore her mother's sanity.

Noree Cosper, B.R.A.G. Medallion Honoree: A PRESCRIPTION FOR DELIRIUM
Demons, werewolves, possessed bikers, madness spreading like a virus, and a revenge that has waited for over five-hundred years.
What more could Gabby look for in a vacation spot?

Louise Caiola, Amazon Best-Selling Author: WHAT TRULY KNOWS
She was born with the Magical Knowing – a gift, some said. A curse, said others.
But for Truly, it was the very thing meant to save her life. If it didn’t kill her first.

Susan Stec, Amazon Best-Selling Author: DEAD GIRLS NEVER SHUT UP
Toni's grandmother is a psychopath.  Her sister is a ghost.  Her boyfriend is possessed.  And she has no idea who she is.

Christi Goddard, Amazon Best-Selling Author: FOUR IN THE MORNING
When a smart-ass magical creature invades Kathleen’s life, a boy she hates turns up dead and her mother goes missing.

Steven Katriel, Amazon Best-Selling Author: THE PORTRAIT OF ALATIEL SALAZAR
When Gabriel Holland’s beloved Helena vanishes from his life, he journeys to the home of disgraced artist Cristian Salazar, the man he holds responsible for her disappearance and the death of several friends.

Heather Kenealy, winner of MTV's "Stan Lee presents the Seekers" contest and Cinescape's Short Story Contest: THE TRAITORS' TRILOGY
Betrayal comes with a price. For these betrayers, it also comes with an opportunity.

Peter Dawes, Blogger Book Fair Reader's Choice Award winner: EYES OF THE SEER
It all started with a murder, but what laid in wait would turn a man into a monster.

Angela Fristoe, winner of TheNextBigWriter 2010 Strongest Start Romance Category: LIE TO ME
As a Truth Teller, Phoebe knows a lie when she hears it.
Knowing what to do when her best friend lies is the problem, because in lies, intention is everything.

Samantha LaFantasie: MADE TO FORGET
After waking up in a hospital with no memory, Elsabetha quickly learns those who claim to be her friend are anything but.

Rachel Walter: TRUE CONNECTION
With the help of supernatural friends and protectors, Jazzy thinks she's safe until what remains of her family is put in danger. Does she have what it takes to save her family, life, soul, and soul mate, or will all be lost?

Save over $50! This set is only available at this price for a limited time, so order your copy before it's gone! 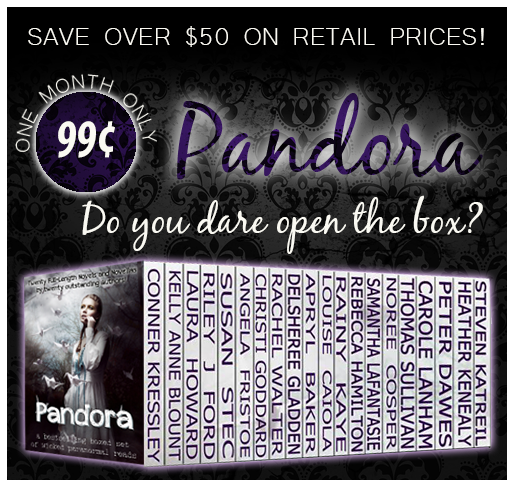 THE BREAKER’S CODE
by Conner Kressley

I stared at myself; half in shock, half in horror. A wedding dress, an honest to God wedding dress. It fit perfectly, hugging all the right places, and flattering all the wrong ones. I almost looked like a woman. I almost looked beautiful.
“You forgot the veil.” A man’s voice sounded from behind me. I spun, the fabric of my gown ruffling, to find Allister Leeman leaning against the doorway. He smiled a wide, dark smile. The raven at his throat seemed to caw and move; its wings flapping against his Adam’s apple. His dark hair was slicked back, and a toothpick peeked out from between his lips. His eyes cut into me. A delicate white veil danced around in his fingers, and he was dressed in a tuxedo that, sickeningly enough, seemed designed to match my dress.
“Where are my friends?” I asked, trying to steady my voice.
“You don’t have any friends.” He plucked the toothpick from his mouth. “If you mean the people that were captured with you; they’re fine.”
“And my mother?”
“She’s fine too,” he answered, and started to make his way toward me.
I flinched away. “I want to see them. I want you to let them go. I’m here. I did what you asked.”
“You did part of it,” he thumped his toothpick onto the floor in front of him. “I’ll let them go when you do the rest.”
He reached for me, and ran his disgusting hand through my hair. I shivered and slapped it away. “Though, I don’t know why you’re so attached to them,” he grinned. “They don’t care about you, my darling. Not really.”
“They risked their lives for me,” I snorted.
“They don’t even know you. To them, you’re something to kill, something to change. Even your mother-Or, more appropriately, the woman who calls herself your mother, has only the most conditional of loves for you. None of them accept you for what you are. They would never try to understand you, or embrace the truth of who you are. That’s why they’re here, Cresta Karr. Not for you; it was never for you. They’re here because they can’t stand the idea that you are more than them; that we’re more than them. I’m the only one who understands you, Cresta. Because I know what it is to be called for something so monumental. I share your pain and your exhilaration in the same way that I will soon share your bed and your life, because it is mine as well.”
“We’re not sharing anything!” I couldn’t help it. I slapped his stupid face. I probably shouldn’t have done it. After all, he did have everyone I cared about in the entire world in his clutches. But he was just so smug, pushing all my buttons. “What the hell is the matter with you anyway?” I shouted. “What kind of lunatic actually wants the world to end?”
He put a hand up to his quickly reddening face. “The kind that knows it has to.” A broad dangerous smile crept across his face. His eyes glowed menacingly.
“They haven’t told you all of it, have they?” He did a little shuffle with his feet, almost like he couldn’t wait for what came next. “This isn’t about the way the world ends. It’s about what comes next. The world has ended a hundred times before; with ice ages, and floods, and meteors that have purged this planet of everything it could find. But each time, the world has come out of it for the better, stronger, and more evolved.”
There it was, that word, evolved.
“Just as human replaced the dinosaurs, we will replace humans. It’s the way of the world. The strong always replace the weak, my darling.” He held the veil out toward me. “And you are the one who will set it all in motion.”
I slapped it away too. “I would never hurt anybody.”
“Just as the wave would never hurt the mountain. Still, the mountain erodes. “He picked the veil up, folded it, and put it in his pocket. “They paint you as an antichrist, but you are a messiah.”
“I’m not,” I said. “I’m not the Bloodmoon. I’m not anything. Look, I’m not going to kill anybody. So, I can’t be the Bloodmoon. The sun will be up soon, and then everybody will know. So, just give me my mom and my friends, and let me go.”