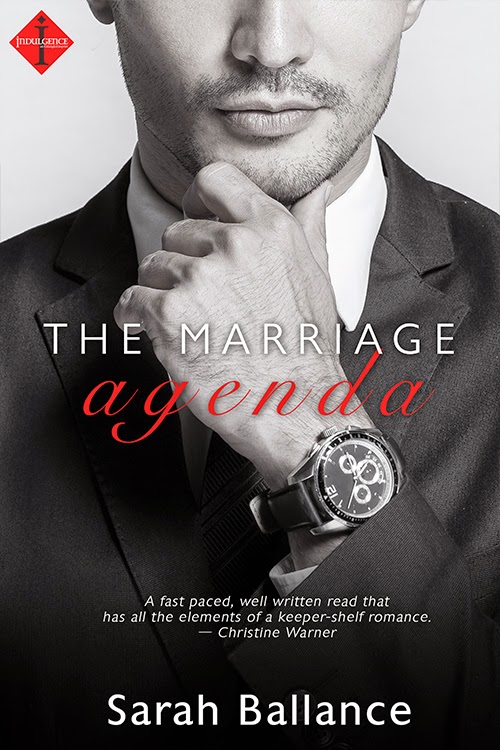 There’s a scandal brewing in Washington…
Knox Hamilton wants his father’s recently vacated Senate seat, but the only way his conservative constituents are going to vote for Knox is if he loses his playboy reputation. Which means Knox needs a wife. There’s only one woman with whom he’s willing to share his life, but after the way he broke things off with her, will she give him another chance?
Chloe Lochlan’s job is on the line. If she doesn’t grab a big headline, she’ll be ousted from her gig at the major newspaper where she works as a reporter. Knox’s offer of marriage chills her to the bone. He already crushed her heart once and she has no intention of letting it happen again. But being with him gives her the kind of access to top tier social events rarely granted to media, access that could land her the story of a lifetime. When the truth she uncovers threatens to destroy the man she still loves, will she bury the story…or his career?

My Review: Knox Hamilton is following in his father's footsteps after a scandal forces his father to step out of the running. Now he needs a wife.
Growing up having a front seat view to his parents practically loveless marriage leaves Knox bitter against love. He knows he can never allow himself to fall in love and put a wife through that kind of disaster but when he needs one for his campaign only one woman comes to mind. The only woman he ever came close to having true feelings for. Feelings in which Knox ran from and broke Chloe's heart in the process.
Chloe needs a story and she has something in mind. When Knox offers her a chance at a fresh scoop and first hand account of politics with one catch: Chloe needs to marry him, she has to decide if her career is important enough to risk getting her heart broken twice by the same man.
The Marriage Agenda is full of suspense, romance, and passion that has you craving more. Sarah Ballance has written characters that are real along with a captivating and at times smoldering book.
Knox Hamiliton is every woman's dream. Handsome, intelligent, and from a family that rivals the Kennedy's, Knox Hamilton has it made, and yet he's still down to earth with a personality that is more home grown than flashy.
Chloe is Knox's perfect match. Sweet, smart, and far from perfect Chloe knows what she wants from life and isn't afraid to go the extra mile to get her story.
The plot was something new to me. I'm a pretty eclectic reader and yet the one thing I haven't read yet was a book where the male lead was involved in politics. I have no idea how that could be, but yet it's true. I really enjoyed the complete opposite pairing between a man in a political runnings and a reporter. I found it quite fascinating.
The thing I loved the most was their relationship prior to their arranged marriage. It made me wonder what really went on during those months and how it ended. If only Sarah Ballance would write a prequel to satisfy my curiosity!
I loved the Marriage Agenda and I'm sure readers will too. Entangled Publishing has so many great imprints, authors and books that readers have grown to love over the years. The Marriage Agenda is new book that deserves the 5 star rating Bottles & Books Reviews gives!
at August 22, 2014