#FosterAnAuthor2: In The Spotlight with Jade C. Jamison 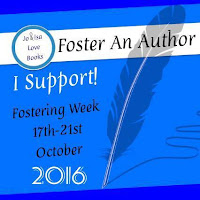 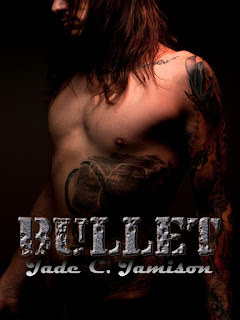 What if you discover the man you want is toxic?


She tasted a little bit of heaven with him, and now they’ve gone through hell and back, but can their relationship take anymore? Valerie Quinn is a naïve college freshman when she meets on-the-rise rock star Ethan Richards. He’s an idealistic, handsome, reckless young man, but he’s captured her heart. She doesn’t give up on him and eventually his walls crumble down. By the time Valerie has given herself to him completely, she discovers he’s damaged and may be beyond help. Can she save Ethan and their relationship before he implodes, or will he self-destruct and take her with him?

"Bullet is very raw, gritty and full of turmoil. So much turmoil in fact that my kindle almost found itself into a million pieces; When it comes to writing both slow burn and explicit erotica Mrs Jamison is the master." ~ Neda Amini, The SubClub Books

"Val is surrounded by five gorgeous rock-stars with tattoos and long hair. These guys are her protectors, her tormentors, and a few become her lovers. Several times, I had to stop and take a deep breath before plunging back into this story. The sex will fog up whatever glass you have around you. From the loss of her virginity to the awakening of her inner goddess, Val takes you with her on her coming-of-age journey. This is more than just a story of Val's sexual journey. It is also a peek into the microcosm of this rock band, from the self-sacrifices to the self-promotion needed to realize their dreams. If you don't feel like you have been on tour with the band when you finish this story, you're doing it wrong!" ~ Mary Lou PagePrincess

"Bullet is unlike any book I have read before. Instead of a glimpse into a single relationship or a small timeframe we are exposed to a large span of time where we are able to become immersed in several characters’ lives during which time they grow and change and are molded into the people that they will become. This is real life with real problems, real feelings and real choices. It is fascinating and engrossing." ~ Michelle, Nose Stuck in a Book
at October 17, 2016