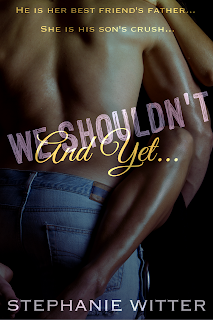 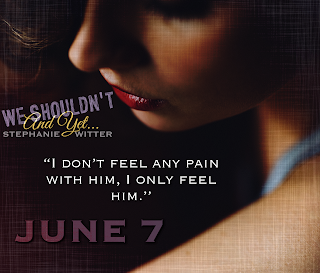 Blurb:
What happens when you’re attracted to the wrong person?
AIDEEN
I didn't expect to feel so drawn to my best friend’s father when I first meet him. It’s unexplainable and most of all, it’s unexpected. He drinks too much, is rough around the edges, and is so obviously into casual sex and nothing more, but there’s just something about him that calls out to me. I’ve thought my heart was battered beyond repair, but maybe I have been wrong.
"There was something so sexual, so carnal, so intense in the way Jensen looked at me.’’
JENSEN
She is my son’s best friend and I know he wants more, but I can't help it. Whenever she is around or her name is mentioned I’m turned on. I’m not used to denying myself to feeling so strongly for a woman so young, but she gets me. I can’t do a damn thing to stop these feelings. No amount of alcohol helps. I didn’t think it could be possible to feel so drawn to a woman, but it looks like I have been dead wrong.
"I want her to want me just as madly as I do her.’’
They shouldn’t and yet… They can’t resist each other.
For readers over 18 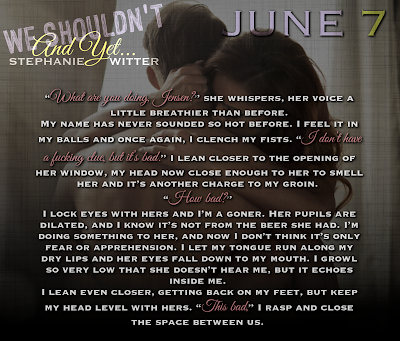 Excerpt:
“I’m the worst fucker, right? I’m going after the girl my son has feelings for. I actually fucked the girl he’s after. Tell me I’m not bad news now.’’
I cringe, but even then I don’t feel it. I’m supposed to be angry on Hal’s behalf, to be disgusted that a man could go behind his son’s back like this, but I’m not. I want to forget everything and Jensen can do it. I want to be wanted, so wanted that all control has gone out the window and I’ve only known this with Jensen. It’s only Jensen always on my mind, even more than Yann these days. It’s Jensen I crave in a way I’m still unfamiliar with.
“I’m just as bad, then. I only found out today and I still want you.’’
He stops breathing before he lets out a long relieved sigh. “You don't want to be with him?’’
I shake my head. “Not at all.’’
He comes back to me and forces me to walk backward as he takes a hold of both my hands and locks my wrists behind my back. He’s crowding me and I’m letting him lead. “Do you have any idea how crazy you make me?’’ He backs me against his bike, my ass pushing against the slick machine as he tugs on my wrists behind my back until I lower my back slightly. “Do you know how dangerous it is for me to feel this way? I’m losing it with you, beautiful. I’m lost on the very edge of the cliff now and at any time I’m going to fucking jump. You better be ready to jump with me and fall,’’ he growls out before he releases my wrists to grab my hips and bring me on the bike, my legs wide open, my back to the handle bars. He throws his long leg over the saddle and faces me before he grabs me again and sits me over him until I feel his thick erection against the apex of my thighs, pushing against my aching core.
I lose all train of thought. I can’t process his words, the way his eyes seem desperate for me. All that’s on my mind is the way his hands feel on me, the way he’s already so hard, so ready for me. All I want is him inside me. Now. On his bike.
“Jensen,’’ I say in a sigh as we lock our mouths in a deep kiss that shakes me whole.
I grip his head, my fingers weaving through his short hair as his tongue battles with mine in a delicious war that sends my blood into overdrive. I move against him, pushing just enough to feel his cock rub over my clit through our jeans.
“I want to hear you scream my name until you’re hoarse, beautiful, and you’re going to,’’ he says in my mouth as he unzips my jacket and takes it off me, sending it to the dirty ground full of dead leaves, dry sticks of wood, grass, and moss. 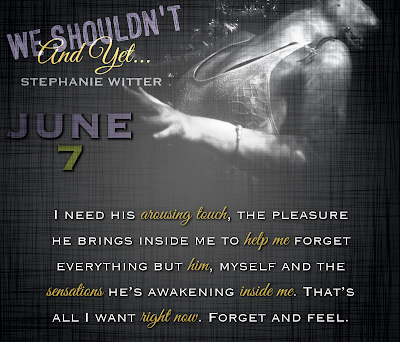 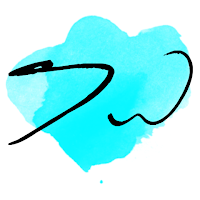 Stephanie Witter is a dreamer. She started learning English at three, and fell in love with the language. Always with a book, or two close by, she can't spend a day without reading (or writing).
* Website * Blog * Facebook Page * Twitter *
BookBub * Instagram * BookSprout * Amazon * 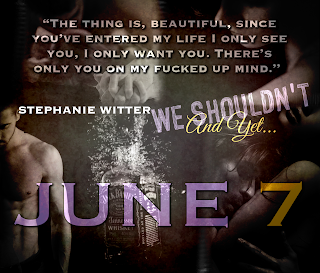 Giveaway:
a Rafflecopter giveaway
at June 07, 2016