Blog Tour: See Through Me by Sera Bright 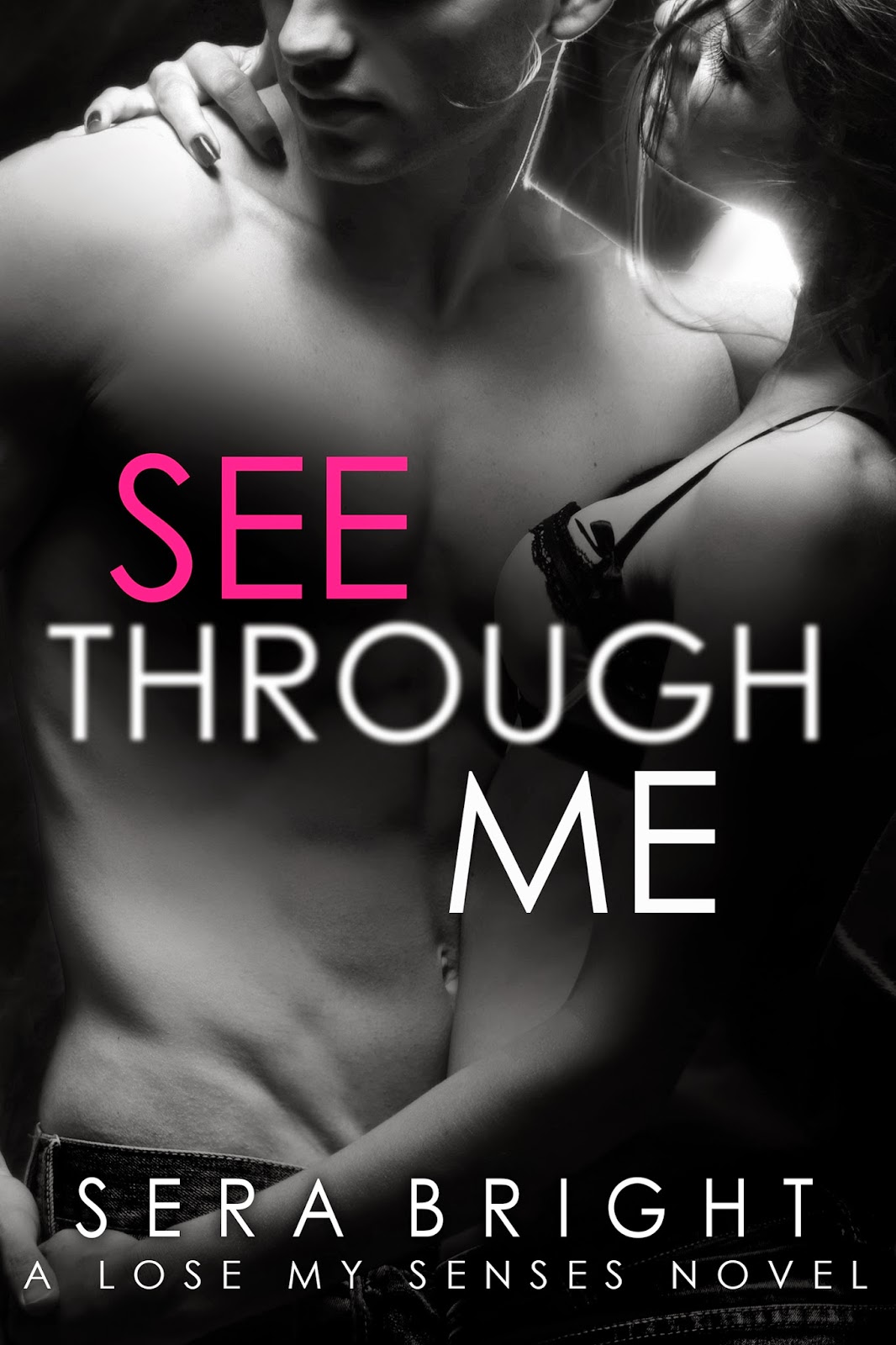 There's only one person I want to see when I return home. But I know he won't be waiting. It's the reason I feel safe enough to come back.

Ash isn't the same quiet boy from next door. He's tall, dark, and demanding answers. He wants me, but he doesn't trust me. Who can blame him? When his own family tried to break him down, he still sheltered me in this town full of liars. And I repaid it by leaving him without a word.


But I'll do anything to protect him. I have the scars on my wrist to prove it.

NOT a standalone novel. There are always two sides to every tale, and this is Katie's story.

Contains strong language, sexual situations, and mature themes. This novel is not intended for readers under the age of 17. 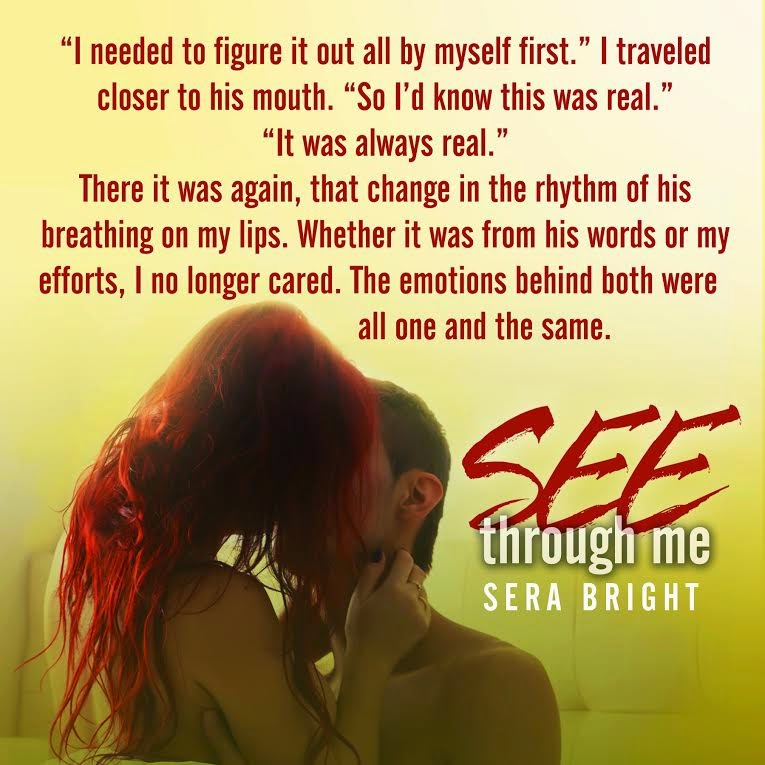 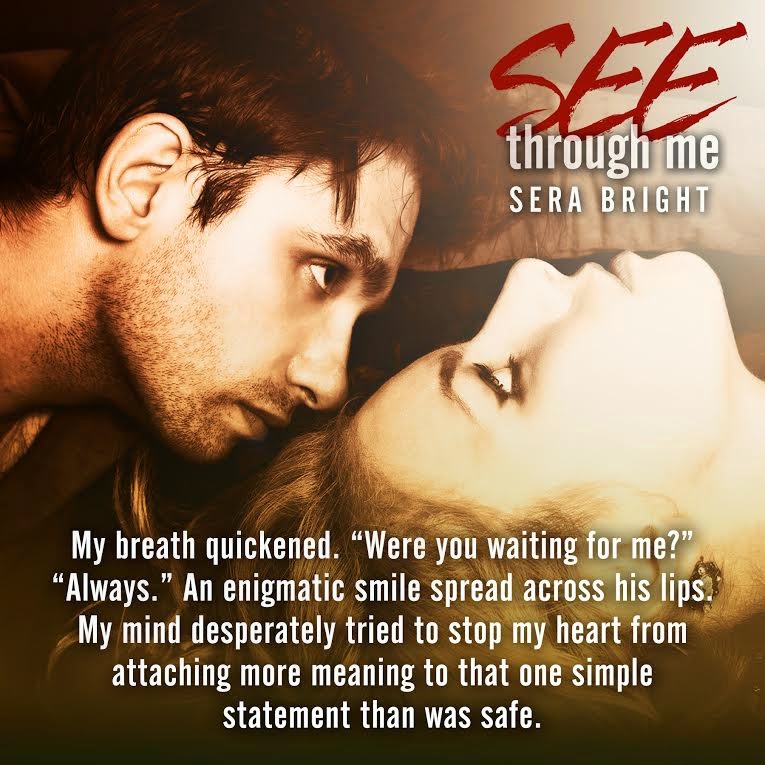 A breeze rose up and my hair fluttered into my face, covering my eyes. I brushed the strands away while Ash reached toward me to do the very same thing. He quickly lowered his arm to his side. My whole body pulsed in disappointment, and it struck me how this was a split-second snapshot of our story.

I attempted to walk away, but he braced his other arm on the wall, blocking me from leaving. I forced myself to look at him. Really look at him, and let him look at me. I owed him that much. His gaze stayed on my eyes, daring me to hold the connection.

To my surprise, his face had changed. Ash was always handsome, but his face had taken an edge, losing some of the softness of youth. Only his eyes were the same, starbursts of green and gold framed in thick dark lashes. But the shape of his jaw was stronger. His cheekbones sharper.

I bit the inside of my lip. His nose wasn’t blade straight anymore. There was a slight tilt and bump, as if it had been broken. And a small pink scar over one of his eyebrows. Possessiveness overtook my thoughts. I wanted to know what happened, who hurt him and where I could find them so I could tear them apart myself. I gave myself a mental shake. He wasn’t mine to be possessive about. Or maybe I meant obsessive.

“We need to talk,” he demanded. “You made me think you left for Michigan when you took off.”

“You know how I am.” I tilted my head to hide the fact I was lying to his face again. “I just decided at the last minute, and didn’t think.”

“Bullshit.” He leaned in closer. The air thickened as his breath tickled my cheek.“ Changed your phone number and deleted your email accounts at the last minute, too?”

She grew up without a mother or a father who she could depend on. The boy next door became her world and in an instant it all came crashing down around her.

A year later and Katie is back to face her demons and that means facing him once more. The boy next door, the one who still holds her heart in the palm of her hands.

Ash was a player but he only hopped from girl to girl because he couldn't have the one he wanted. When she finally gave herself to him it was all her could imagine and more. And then she broke his heart.

He spent a year hoping to forget the way she broke his heart and yet continuing the search for her. When she comes back in to town in her beat up pick up truck all he wants is answers. Will he finally find out why she broke him and left him behind?

Sera Bright's novel See Through Me has a bit of mystery and intrigue along with romance, passion, and chemistry. Right from the start I was hooked. I needed to know what would happen next and why Katie broke Ash's heart.

I loved the characters - Katie with her red locks, tattoos, and her protective nature over Ash and Ash with his handsome good looks, charismatic attitude, and his talent. Both had been through so much in their lives and yet were still standing and so strong.

The chemistry and love between Katie and Ash is beautiful. They have both been through so much and yet they had each other to rely on and they got through it together. They found strength and love in one another when no one else could give that to them.

I am anxiously awaiting what Sera Bright has in store for us readers next, but until then I have to give See Through Me 5 stars! 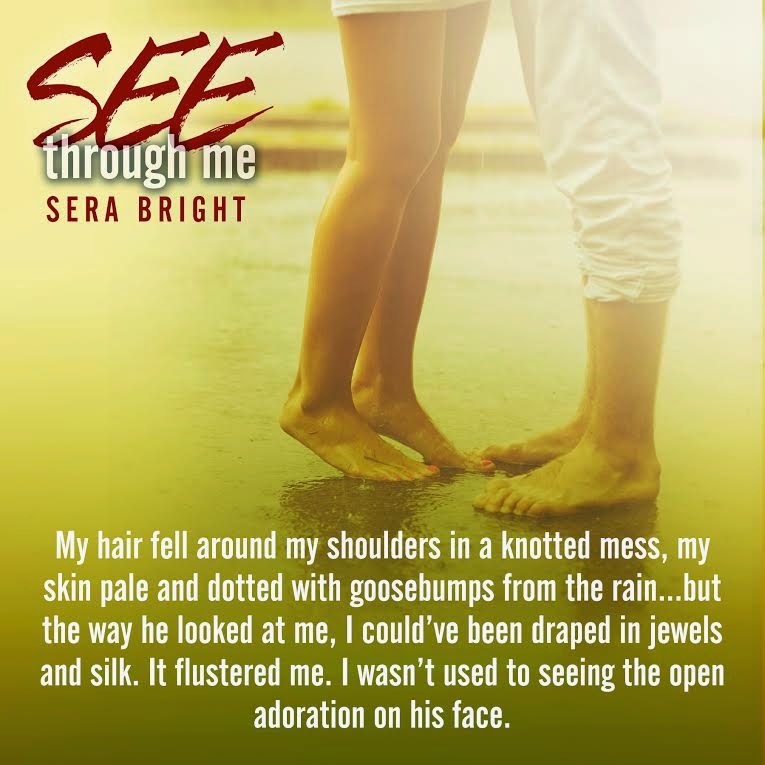 When I’m not plotting elaborate schemes in my head, I’m having a fabulous time with my own real life story. That’s what happens when you have three awesome kids, two fluffy (useless) cats, and one very patient husband. Currently, we live in the mountains of West Virginia.

I can cook like a fiend but prefer to eat doughnuts with sprinkles for breakfast. Sprinkles make everything taste better. An avid reader of all genres, I shamelessly admit romance will always be my favorite. And while I enjoy the safe and familiar, I’m always up for an adventure.