She’s supposed to be a mission—just the next sacrificial lamb in his century-long quest to rid himself of his duty. But when love takes hold, things are never simple….

All-powerful warlock, Finn Holt, is determined to succeed this time with the fifth Fated—the girl chosen to power his world and open the gate back home. After a century of failure, he believes River is finally one strong enough to allow him to fulfil his duty. But the price could be her life. And, this time, everything is different. For one thing, her power is immeasurable. The most shocking thing of all, though? She’s under his skin. Finn is a master of control, but as much as he tries to shake his growing feelings and desire for her, he can’t. Some inexplicable force won’t allow it. But is Finn prepared to give up the freedom he’s wanted for so long, for a love he never saw coming? River Slater is sick of wasting away her life in a boring, dead-end town. The moment Finn walks into her grandmother’s occult store, all that changes. Before she knows it, she’s caught up in a world she’d never believed existed: a world of magic and danger. But, most of all, she’s caught up in Finn. Her attraction to him is unlike anything she’s ever felt for any man before. Intense. Passionate. Overwhelming. But she quickly learns that there’s more to Finn’s intentions than meets the eye. Can she truly trust him, or will the man who’s stolen her heart, end up betraying her in the most tragic way? 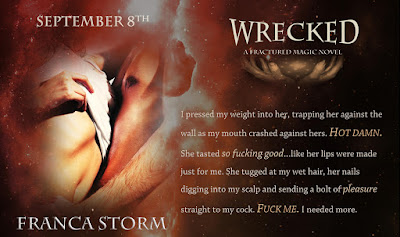 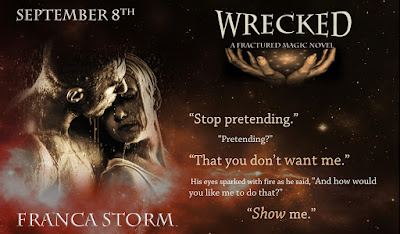 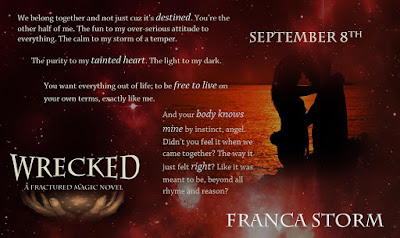 Franca was born in Surrey, England and currently lives in Niagara Falls, Canada with her husband and their labrador, Rocky. She is a long-time lover of erotica and romance novels, especially those with sexy-as-sin alpha males. She decided to try her hand at writing her own and writing romance is now her obsession and the perfect way to put her dirty mind to good use! Her writing spans many different sub-genres of romance: contemporary, biker romance, paranormal romance, new adult, romantic erotica and romance suspense. She’s got a ton of stories to tell and many more works up her sleeve.

a Rafflecopter giveaway
at September 01, 2015