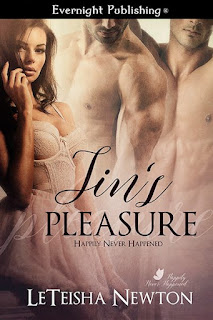 Amazon / Evernight Publishing
WARNING: Anal, BDSM, M/M, Spanking
What if Happily Ever Afters were from a place called Elsia? What if they kept the world going and intact? And what if the Fairy Godmother, young and naive, got it wrong?
Welcome to Happily Never Happened, where fairy tales are real, sexier than sin, and sweeter than deliverance. Where Fantasy Ave is a place to see your pleasures satisfied, and the stakes raised - for a price. And then meet the ladies of Fantasy Ave, hidden gems in our world, who come from the world of Elsia, escaping the hell of their Happily Ever Afters, and offered the chance, with one last wish, to find love again.
Sin married her Prince Charming, escaping into the palace and becoming one of the four queens that ruled Elsia. That glass slipper seemed to fit on the right foot - that was until Charming showed her that she meant nothing to him, and even less to others after her story was over. Sin recreated herself, tossing aside her tiara and ballgown, for stilettos and a whip - because she calls the shots now. Never again is she going to be someone's sub who doesn't know the meaning of Dominance, and never again is she going to let someone open her heart again.
And she's right. Someone can't do it. She needs two: Tobias, her trusted bodyguard, and Zuriah, a wolf of Rose's pack, to claim her, and show her just how much she's missing. Show her how much Charming didn't know about love, and that being broken only means that she can be fixed.

Once upon a time there lived a princess named Cinderella...

Prince Charming was a cheater who abused his power as a Dom and let Cinderella broken until she made a wish that she could leave Elsia behind for good. Transported to Fantasy Ave, Cinderella reinvented herself into Sin, a hot gothic lolita with a penchant for sexy lingerie and killer stilettos. She's also been known to crack the whip a time or two. While she's reinvented herself, one thing remains true: she cannot let a man close to her because of the pain that Charming caused. She will no longer allow herself to be in a submissive position.

When Rose (Little Red Riding Hood) brings Zuriah, a wolf in her pack, to Sin for some guidance, Zuriah finds himself with two life mates: Sin and her bodyguard, Tobias. Now it's up to Zuriah and Tobias to show Sin that they can fix the damage Charming once did and that she no longer has to be broken.

Sin's Pleasure is a tale of fantasy, pleasure, and delicious naughtiness as Newton sets out to reinvent fairy tales as we know them. Sin's Pleasure is the perfect blend of hot, spicy, and sexy. As you read this erotic tale of deliciousness, you are guaranteed to find yourself on the edge as you fantasize of playing the role of the sexy lolita darling, Sin, yourself. As far as characters go, Sin is so different from the Cinderella that readers have always known, but in a badass rebel girl way. Zuriah and Tobias are the perfect matches to tame Sin but also give her the freedom she needs.

Newton's way with words lead readers to the brink as wild fantasies come to life before your eyes. While admittedly I have not delved too much into MMF romance, because hey, I can easily admit - I AM NOT A SHARER despite the third partner being male or female - I have been curious about the MMF pairing. While I would still rather be one on one with my partner, I find myself intrigued by the picture Newton paints.

With the amount of passion and the lust radiating from this book, it's no wonder that all I want to do is rush out and buy a sexy Cinderella costume and role play with some lucky guy tonight. 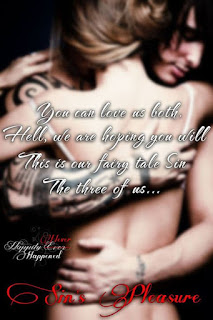 "And if she could open her heart, he’d keep her safe too. She could see it in his vivid green eyes. But she couldn’t. They’d never stepped on that boundary, not once, but it sizzled between them whenever she looked at him. She could feel her body getting hot, even now as he tossed a mischievous smile her way. God the man was sex on a stick with his buzz cut brown hair and brawny shape. He was as big as a linebacker but quick enough to blitz attack. She craved his touch more than she could admit. It didn’t help that he was covered in tattoos and rode a mean Harley. Rough and dirty sex was all she saw when she looked at him. Just what she needed. She just didn’t need the attachment that came with it. But she didn’t trust anyone to have her back like him, so he stayed. She didn’t think she could make him go if she wanted to."

Writing professionally since 2008, LeTeisha has spanned from Fantasy to Interracial Romance on her road to getting the jumping characters out of her head. Most days she’s pretty color blind, unless it’s a great shade of red (then she can’t ignore it). Other times she’s plotting her next twenty books and then remembering that the computer can’t read her thoughts and doesn’t type at lightning speed. Either way, she just can’t seem to get enough of quill to paper…or eh…keyboard strokes, apparently. 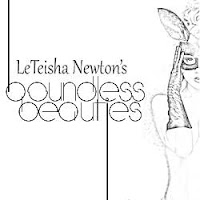