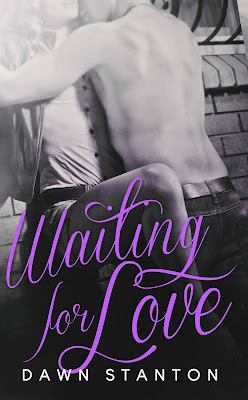 Fantasies about him have consumed me since the first day of class. The fact that he’s my professor doesn’t seem to matter at all. There’s something between us, an attraction so powerful, so intense, that I can’t seem to keep my distance, even though I know I should…even though I know, he wants so much more from me than I’m willing to give. Is being with him worth ruining my entire academic future?

We have a “friends with benefits” relationship, and it’s been working well for us…until now. He’s the quarterback of the university’s football team, and we’ve known each other since the first day of sophomore year. We have a lot of fun together, but is it fair for us to continue this way when all I can think about is Professor Hanlon and the way he sets my body on fire with a simple touch?

I feel as though I’m on the verge of something special, something amazing, something that comes along once in a lifetime. If I could only find the courage to choose…. but what if I take the chance, make the choice, and it brings me nothing but heartache?

Is falling in love really worth risking it all? 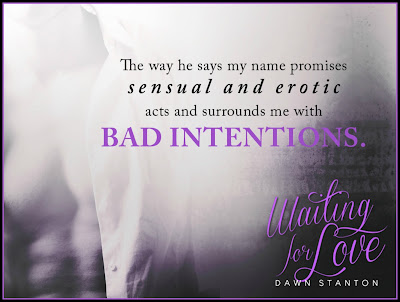 Side note: Although I mentioned Waiting for Us, Waiting for Love can be read as a stand alone, but if you want to see a younger version of Shelby, pick up book one.

Shelby is in her junior year of college when she meets Garrett who turns out to be her creative writing professor... her very HOT professor. From the very first meeting something strikes Shelby's soul and Garrett embeds himself into Shelby.

Garret, although knowing that he shouldn't cross any lines with Shelby, because she is his student, finds himself longing for her just as much as she is for him. He also becomes jealous of the obvious connection she shares with Jeff even though they are just friends...

Friends with benefits that is.

Jeff and Shelby get along well and have good chemistry. There is a fun side to their friendship and then there is a steamy side. Unfortunately for Jeff though, Shelby isn't looking for anything more though because she had her heart broken in the past.

Garrett decides to break all the rules and pursue Shelby and Shelby just cannot resist what Garrett is offering. The taboo affair that Shelby and Garrett find themselves in is all consuming and very intense.

I don't want to give too much away, but of course when the rules are broken, someone is bound to get hurt right?

Stanton leaves readers with a surprisingly shocking cliffhanger. I have to say that I wasn't expecting that at all considering that book one, Waiting for Us, was a stand alone, but now I NEED the next installment of this book in my hands ASAP.

A sexy read that mixes drama with humor, Waiting for Love, has all the right chemistry and secrets lying in wait. 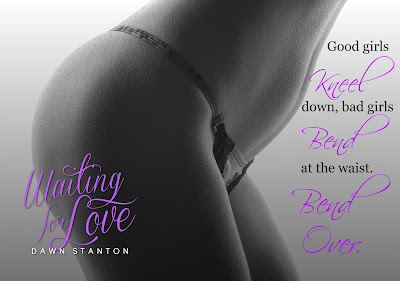 We’re two weeks into the semester and it was much less of a struggle for me to wake up on time today. I’m not really a morning person, but I am a creature of habit. Once I settle in and get used to my new schedule, it’s smooth sailing for me. I’m running early enough this morning to grab a cup of coffee at the kiosk on campus. The line is long and it has me rethinking my decision. I glance down at my watch and notice that I still have fifteen minutes until my creative writing class begins; plenty of time to satisfy my caffeine craving. As I wait to place my order, I become aware of someone standing behind me. In my periphery, I notice it’s a male and he clearly doesn’t understand the meaning of personal space. His chest has brushed against my back, at least, three times and I can feel the warmth of his breath on the bare skin of my neck as he exhales. I want to turn around and tell him to back off, but instead, I grit my teeth and convince myself to ignore him. I move forward as much as I can without crowding the person in front of me and I get a brief moments peace before he’s brushing against me. Only, this time, he doesn’t stop at a simple touch...this time, he remains there, pressed along my backside. His body is giving off a massive amount of heat and yet I inexplicably break out with goosebumps all along my arms. The customer in front of me steps forward to place their order and I breathe a sigh of relief as I place some space between the stranger and myself.

“Good morning Miss Tyler.” I jump a bit from the unexpected voice whispering huskily in my ear. It may only be the second week of class, but already I recognize that voice and it belongs to Professor Hanlon. Shit. I stiffly shift my stance and pivot to face him, my back poker straight. His eyes slowly skate over my form, lingering on my chest, before raising back up to meet my stare. As our eyes connect I swear the hair on my arms stands on end and I’m fighting the insane urge I have to kiss his delectable lips. He leans forward, moving slowly toward my mouth and just as it seems like our lips will connect he shifts to the side. His lips make contact with the lobe of my ear as he whispers. 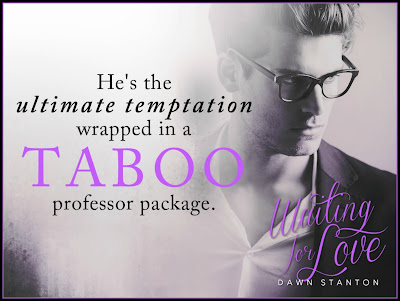 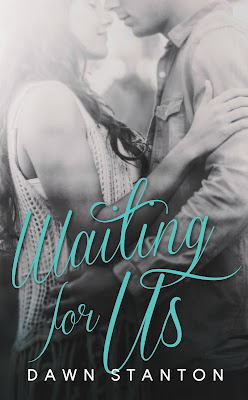 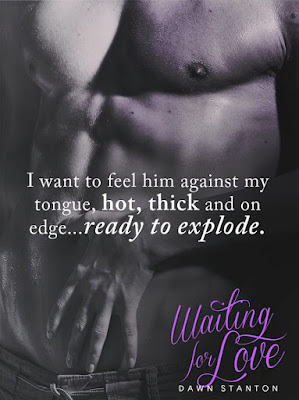 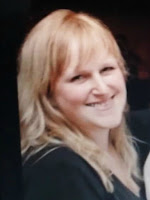 Author Dawn Stanton, writes women's fiction with a romantic and risqué edge. With her debut novel Waiting for Us, she fulfilled a life-long dream of becoming a published author.

Stanton, a life-long resident of the east coast, makes her home in New England with her husband, Bestselling author Daniel Stanton, and their two sons. Look for the next book in the Waiting series, Waiting for Him, Book #3 in April of 2016. Dawn and Daniel are planning to work together on a collaboration sometime in the near future.

If you'd like to stay up to date on new releases and all book related news you can go to my Facebook page: https://www.facebook.com/DawnStantonauthor
; 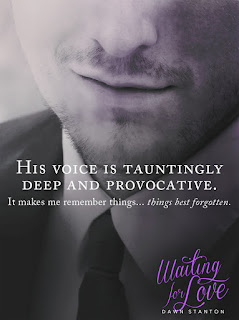 a Rafflecopter giveaway
at February 02, 2016