Review: In The Beginning by London Miller 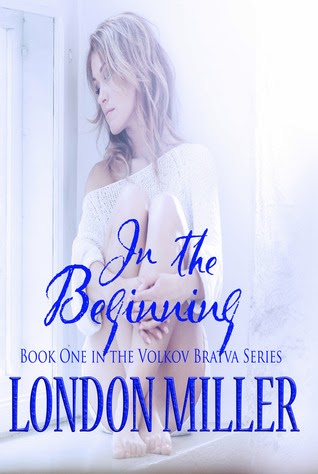 SYNOPSIS: Twenty-year-old Lauren Thompson left her small town in Michigan to begin a new life in the Big Apple where no one knows her name or the tragedy that had rocked her family fifteen years prior. With new friends and an intriguing new love interest, starting over is easier than she expected...but Mishca Volkov isn't what he seems. As the son of a Russian Mob boss, he thrives in a world of chaos and fear, earning the title of Bratva Captain through blood and pain.
When the two cross paths, lines blur and passions ignite, bringing them closer than they could ever imagine. Until secrets from the past threaten to tear them apart. Can they fight past their demons...or were they doomed by fate before they ever met.

REVIEW: At the age of five Lauren Miller witnessed her father, Doctor Cameron Miller, being murdered. Traumitized by the event, Lauren blocked out the memories of that night. Fifteen years later, Lauren is striking out on her own on the streets of New York City – a far cry from Michigan. Starting a new life – a new college, a new job, and new friends – Lauren meets a guy that for the first time she is genuinely interested in.

Although Mischa seems like the perfect guy he has skeletons in his closet and lives a life that could inevitably hurt Lauren. Trying to balance the two sides of himself and his life, Mischa works hard to make sure Lauren never discovers the truth.

When the truth finally comes out though who will be left standing? Can love survive a betrayal as big as this one?

London Miller has wrote a wonderful book that has twists and turns that you never see coming. I loved the characters and how in depth both Lauren and Mischa was along with the two points of view.

I look forward to seeing where this series will lead and what is in store for both Lauren and Mischa.

In The Beginning is definitely worth a FIVE bottle rating!

*In The Beginning was provided by the author, London Miller, in exchange for an honest review.