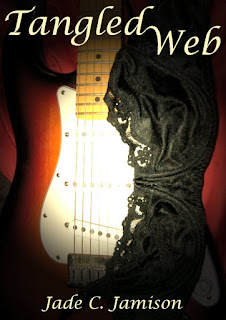 Katie Logan has had a secret crush on her best friend Johnny Church since high school, but he’s never looked at her the same way. So when Johnny—now a famous rock star—comes home to visit, Katie can’t bring herself to tell him she’s engaged to be married. She should have, though, because she soon discovers that maybe the attraction is mutual…Warning: Not for the faint of heart! This book contains explicit sex, drugs, and rock and roll, not to mention a few eff bombs here and there. Proceed with caution. 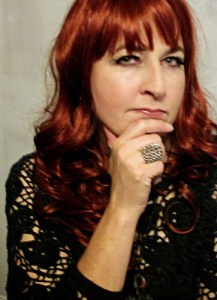 Me, the Writer
by Jade C. Jamison
Like so many other folks, I was a young girl with a dream. I was going to be an actress. I wrote plays and books and poems as a kid and teenager and I acted in and directed the plays. In college, I pursued both goals—acting and writing—but life has a way of getting in the way.
But you know what? A writer doesn’t stop writing.
As each life hurdle came my way, I was writing. I wrote one book, then another, and then another—and, before I knew it, I had lots of books and poems and short stories that had but one audience: Me. To a degree, that didn’t matter. I was going to write and continue writing–with or without an audience–but, like any writer, I wanted to be read. Being able to move other people like my favorite authors had moved me was one of my biggest unachieved goals.
So I kept reading about the craft (and reading in general) and writing in my spare time. And then, in 2005, I went back to school, earning first an MA in English and then an MFA in Creative Writing. Because I love to write, I decided I wanted to teach writing as well, and earning those degrees not only honed my writing skills, raising them to a whole new level, but also allowed me to share that love with others.
But I kept writing—not just fiction and poetry but nonfiction as well. In fact, I focused a lot of attention on nonfiction (writing articles for lots of sites online and other academic writing), but the siren song of fiction kept drawing me in…and I kept writing, book after book after book. It’s true when I say that I would write even if no one read. But having readers? That drives me even harder.
Lots of my readers have heard this story before but it bears repeating. The year was 2010 and I was, once again, writing a book. I’d quit a lifelong adult habit of smoking in 2008, and I’d finally quit for good. I used Chantix (which truly did make cessation easier than it ever had been), and I was grateful, but in addition to turning off those brain receptors that responded to the nicotine, fueling my addiction, it also tripped something else in my head, and I found myself suffering from clinical depression. I was working three jobs at the time (my “day” job—government work; teaching English classes at the local community college; and contract work for another government agency). Fortunately, I had Sundays off, but that time was wasted on the depression. I would sleep until midafternoon and then force myself to get up so I could do laundry and grade papers, preparing for another week. But I was like a hamster on a wheel. I was going through the motions. My doctor put me on one antidepressant and then another—but they couldn’t cut it. After one health scare (albeit minor), I took myself off them, confessing to my doctor afterwards what I’d done.
Something clicked in my brain and I started writing again—not just the nonfiction I’d been dabbling in. I started writing another book. And as I forced myself to go through the motions in spite of feeling rusty, I noticed something else: the depression was there, but it was taking a back burner. I had a story to tell and it consumed me.
Right about that time, someone very close to me, someone who’d been writing her whole life (at least since I’d known her) finally got a publishing contract! That? That was hugely inspiring. My lovely friend Stacy Gail (if you don’t know who she is, look her up!) had a story accepted by Samhain (the book that eventually became known as Best Man, Worst Man) and I had the great fortune to beta read it prepublication. It inspired me, and I not only finished writing my latest book, but I once more started writing a query letter.
If you’ve never done it before, I cannot even begin to tell you how draining the process of writing query letters, synopses, and searching for the perfect publisher and/or agent is—and after spending all that time searching and writing that type of targeted nonfiction, it’s even worse. So receiving rejections on top of that—even “nice” or uplifting rejections—just kills the writing spirit. Writers like me want to write fiction, not query letters. But I did it anyway. It wasn’t an unfamiliar process, in spite of the fact that I disliked everything about it.
But then Stacy told me about Amazon publishing phenom Amanda Hocking. That young woman had earned all kinds of money self-publishing through their KDP platform, so I thought, Why not check it out? Well…I did more than that. That spring, I had friends beta reading my most recent story while I spent my time researching everything there was to know about publishing an ebook on Amazon, and by April, I (with the help of my husband) designed my first cover, and I also learned how to format my book for Amazon’s e-reader. Tangled Web was born. By the end of that summer, I’d published on other platforms, further honed the look of my books, and by the end of that year, I’d published multiple books and started attracting a few faithful readers. I often say the rest is history, but I’d rather believe that the best is yet to come!
at October 20, 2016