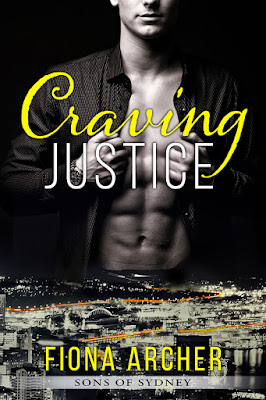 
Four Aussies in Seattle
Once brothers
Now strangers
As an unseen enemy takes aim
Four must stand as one for Justice to survive.

A man branded by his past

Seth Justice is tall, daring and dangerous. The former street kid from Sydney owns a thriving technology company in Seattle. But he has bigger goals�Dor should that be ghosts?�Dthat drive him harder. On the verge of selling his business for a fortune, he’s celebrating when Harper Fox, daughter of the buyer, tumbles into his arms. The curvy café owner enchants him with her sassy personality. Soon they move from easy banter to a night of passion that reveals a sweet vulnerability in the soft-hearted woman.

A woman determined to control her future

After a lifetime of her domineering father’s scorn and rejection, Harper dances to her own beat. She has her café and surrounds herself with a chosen family of her eccentric staff and close friends. While she’s mostly content… her heart aches for more. But Harper has been burned before and doesn’t trust easily. That is, until a man with a panty-melting Aussie accent and a commanding stare entices her to take a chance―on him. When Seth takes charge in the bedroom and ties her control in knots, he awakens a need in Harper that leaves her hungry for more.

A new beginning worth fighting for

When an unseen enemy attacks the new life Seth and his brothers have built, the ensuing disaster tests not only his developing relationship with Harper, but also threatens to sever the last remaining bonds with his brothers. As Seth struggles to protect everything and everyone he loves, he has to determine if Harper is his enemy’s target―or accomplice. 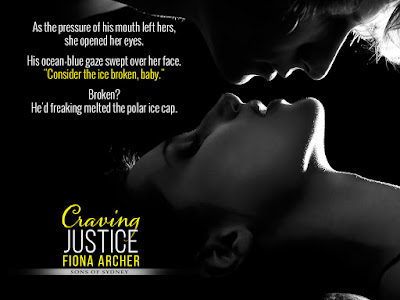 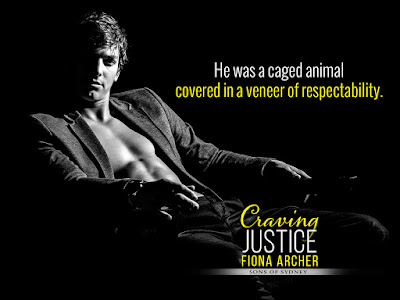 Seth was refreshing and vastly different from the people attending her father’s little cocktail party. These people hid behind well-constructed facades. The football players kept close to each other, as if there was strength in numbers. The men in suits, outwardly bored yet underneath excited as any kid, wanting to get a few words with their favorite player. And the wives of her father’s rich clients, eyeing the buffet of testosterone and fantasizing about secret autograph sessions in a motel somewhere.

She sighed and closed her eyes at the superficiality of it all. When had she become so cynical? She snorted softly. Maybe some of her father had rubbed off on her after all. After years of being an unwilling spectator at his events, she hadn’t managed to escape unscathed.

“I’m guessing from that sigh these parties aren’t your kind of thing.” Seth pointed his glass of beer at the crowd.

Damn, she needed to hide her thoughts better.

“That obvious, huh?” Oh, heck, did he think she found him boring? “It’s me. It’s not you, definitely not … um, I mean, you’re fabulous.” She snapped her mouth shut. Awesome, Harper.

His gaze gleamed with silent laughter.

She sucked in a breath and battled on. “You’re right. These corporate gigs aren’t for me.”

“What is?” Seth sipped his beer.

She thought for a second. “Street markets, hanging with friends over a home-cooked meal, seeing a classic movie at the Grand Illusion Cinema in the University district. The interior is original with red brocade chairs and fancy metalwork. Just divine.” Okay, now she was on a roll. “Oh, and I have to have Milk Duds. Two boxes if I’m with someone, because I don’t share.” If he didn’t understand the importance of candy while watching a movie then she’d leave right now. Some things were sacred.

“I get you on the Milk Duds. I have the same with Allens Jaffas lollies.” At her head tilt, he answered, “Aussie candy I order online and have mailed over. I guard that stuff like it’s the crown jewels. My brother Heath tries to steal handfuls when we watch the rugby. Bastard can get his own.”

Ah, they had a meeting of minds.

“I feel your frustration,” Harper nodded, her tone solemn.

Seth studied her for a moment then, after a quick glance around the garden, asked, “Can I tempt you to leave. Buy you dinner?”

“You tempt me a great many ways, Seth.”

She slapped a hand over her mouth.

The big Aussie’s lips kicked up at one corner, and his low chuckle sounded as if Hades himself was amused.

Under the influence of whatever evil genie now controlled her mouth, she’d just have to ride it out.

His invitation was tempting. Why hang around when her father had clearly dismissed her earlier? After all standing before her was a man who intrigued her and had just asked her out to dinner.

Not exactly a hard choice.

“Just what did you have in mind?” Her voice was calm, unlike the flutter in her tummy.

“Dinner, conversation and a chance to impress you with my suave moves and epic sense of humor.”

Hmm, he was laughing at himself, which was damn sexy, but there was a self-assuredness in the way he stood tall and proud that made her pulse skip. That alone should make her wary. She’d met plenty of cool dudes who turned out to be jerks with all the right words.

Still, Seth seemed so…upfront. And that dry humor was an instant hook for her.

All teasing fled his eyes. He stepped closer, so close she could smell a hint of aftershave―a rich woody fragrance undercut with warm spices.

His gaze locked with hers as he ran a finger down the side of her cheek, leaving her skin tingling in its wake.

She held her breath and waited.

“I’m a man who knows what he wants. Right now, I want to take you to dinner and find out if you’re as intriguing as the idea of getting to know you promises.” He traced the blunt tip of his finger over the edge of her bottom lip. His touch wasn’t light but…firm, commanding, as if he was giving her a chance to feel him before he took possession. “My guess is I’ll be left wanting more.”

Her breath rushed out in a soft whoosh. Tall, daring and dangerous. That was Seth. Damned if it didn’t make her crave him all the more. 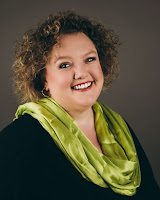